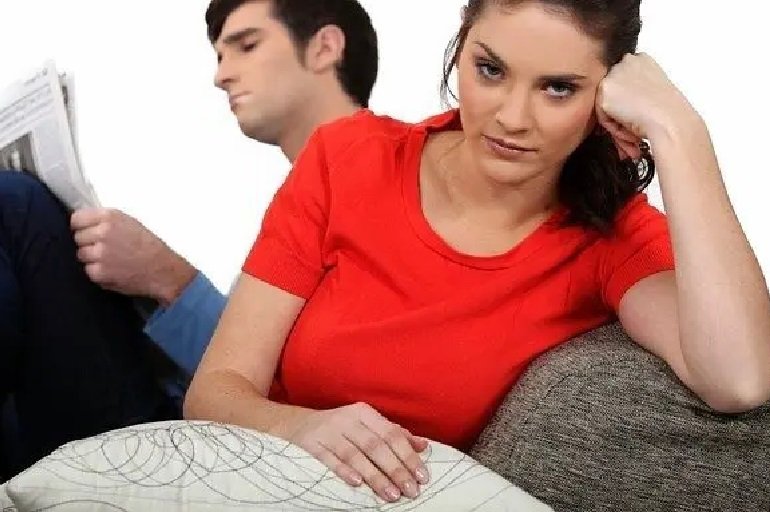 Question: I know this sounds crazy. My boyfriend is not physically attracted to me. We met on an internet dating site. Our first in person was in a coffee shop and as soon as I drove up to meet him he gave me this terribly disapproving look. I immediately felt unattractive and inadequate although I’m in great shape and dress attractively. I was relieved that he wanted to have coffee with me anyway and attributed his coldness throughout the evening to first meeting anxiety.  When he called me a few days later to ask me out, I thought I had just misread him.

Here we’re three months later and he makes no real effort to spend time with me. I’m doing all the work of initiating contact and arranging dates and he’s just happy to come along. He talks a lot about the problems in his life and I listen compassionately, offering him advice here and there. It seems that all we ever talk about are this problem he’s facing or that thing that went wrong at work. I’ve told him I want him to want me like a man wants a woman, he listens and says I’m his best friend and he never wants to lose me. I’m powerfully attracted to him and don’t want to give it up. Is there something I can do to make him physically attracted to me?

Yangki’s Answer: It does you no good for me to tell you, you should have listened to your gut feeling the first time you met him and he gave you that disapproving look. Physical attraction is all about the outside, the wrapping. If someone does not find you physically attractive there is very little you can do to make them physically attracted to you. Some things you just can’t manufacture, and sexual chemistry is one of them. Either it’s there – or it isn’t.

I think that he is telling the truth about not wanting to lose you, but it is more like lose you as a friend. He finds you attractive as someone he can talk to about the problems in his life, someone who listens compassionately and offers advice, but not as someone he is romantically and sexually attracted to.

You can try a few things to make yourself more physically appealing to him — flirt with him, seduce him, talk “naughty” to him, take up dancing classes and learn a few hot moves etc. But you’ll be trying too hard and there is no guarantee that it’ll get you the results you want.

That being said, this doesn’t mean you two can’t have a happy life together, assuming you are both willing to do without the physical attraction part of the relationship. I have a strong feeling thought that this is not what you’re looking for in a relationship. But it’s up to you to decide.

The positive spin in all this is that if you managed to pull a guy without any physical attraction, you must have a great personality.  Anyone can “buy” physical beauty these days, but a great personality that’s hard to come by in this day and age. And if you want my opinion, I say don’t waste it on someone who isn’t giving you love, admiration and appreciation.