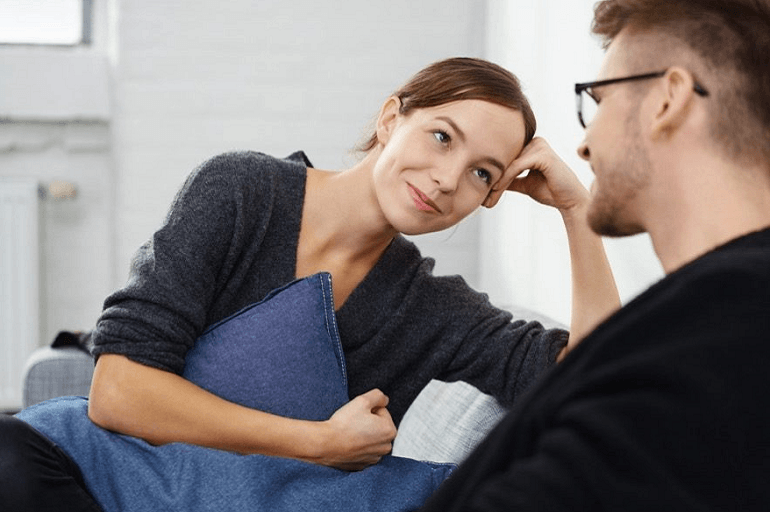 Question: I have an impression that whenever I am the one that asks a man out he is less interested or in the moment during a date than a man that would ask me out. Sometimes it’s not about the rules and games – sometimes it’s about what works best for you. Sometimes it’s even so natural that u r not sure in the end who asked whom :P. But sometimes mmmm… it’s a struggle. There are moments when I feel that I gave some encouragement and a person does not react or changes his actions very delicately. Do you believe it’s a lost cause then? How to tell if it’s not? Thank you 4 great advice – this is what I needed :D.

Yangki’s Answer: You’re right about it being what’s right for you. As for asking a guy out vs. being asked, if a guy isn’t that into you it doesn’t matter who does the asking, he just isn’t interested, and that’s okay. People like what they like. Someone not interested in you isn’t a judgement on your attractiveness.

In any relationship whether it’s in the beginning or in the advanced stage, when you feel there is no positive ‘encouragement’ for you to try or keep trying, or if the person changes to a point where you feel they have a wall between the two of you, the right thing for you (to use your words) is to stop pushing for something to happen. It’s this act of “pushing” for something to happen that most people call being needy.

Show them you are interested and would like to go out with them but stop pushing for it to happen. See if they will be more open when the “pressure” is off. If they still show no signs that they are interested, then you can conclude that it is a lost cause.

Very often, when you stop acting needy/pushing hard someone who is interested and/or has feelings for you but thinks you are needy or pushing too hard for something to happen that they are not ready for will reach out on their own when they feel less pressured.

The mistake ‘needy’ people make is when things are not happening how and when they wants or expect them to happen, they do more, say more, give more. As I said in another post, if you starve a plant it’ll die, if you over water it, it’ll die. Doing more and giving more to someone who thinks you are needy or pushing too hard for something to happen that they are not ready for isn’t going to make them any more interested. In fact it will make them less interested.

In short, it’s okay to ask a guy out. In this day and age, it’s even very attractive and sexy for a woman to ask a guy out. It shows confidence and a go-getter attitude. If he shows no interest or pulls back, let him be. Don’t hound the poor chap or push hard to get him interested, however much you are attracted to the him.

If he is showing interest, but acting a little “shy” or giving you some kind of positive encouragement, show him you are interested, but don’t run after him with both hands outstretched, and scare him away. It’s okay to aggressively pursue a goal in career or business dealings, but when it comes to relationships, aggressive pursuit scares people away.

It’s always important to remember that in almost every relationship it takes a few one-step-forward, one- step-back moves, until you get the other person’s rhythm and then the dance happens!