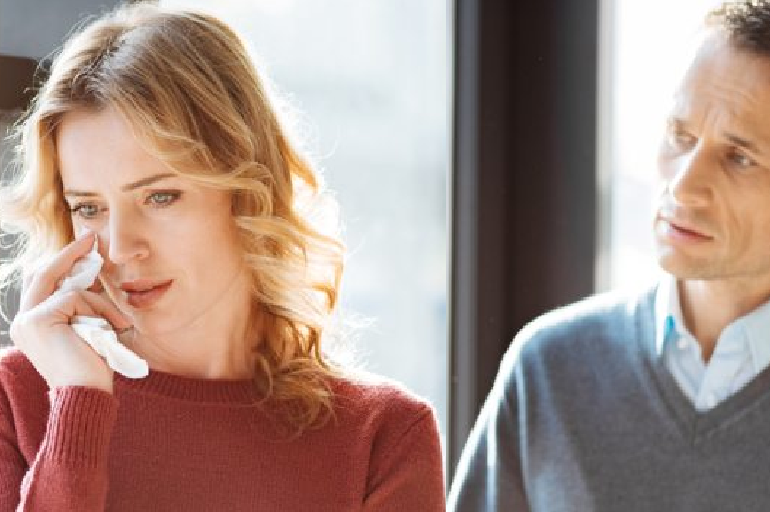 Question: I broke up with my ex six weeks ago over something really stupid. We were together one year and spent a lot of time together. We enjoyed many of the same things and laughed a lot. She was deeply in love with me but I did something that at the time I thought that she over reacted. I said things I shouldn’t have. But after really thinking about it, I can see she had a point and must have felt really terrible about how I hurt her deeply and unnecessarily when I didn’t see things from her perspective. I kick myself everyday and wish I had reacted differently. I miss her so much. How do I take those first tentative steps to getting her back?

Yangki’s Answer: Realizing you hurt your ex and acknowledging how deeply you hurt them is the first step to making things right with her.

If you did something criminal relationship-wise, like cheated on her and/or broke up the relationship to explore a relationship with a mutual friend, she may want nothing to do with you, and nobody would blame her. But if what you did is forgivable, she may be open to giving the  relationship another chance. Some relationships are just meant to be and you will not know if you do not try to find out.

A good apology must be meaningful and cathartic. It should include taking responsibility for your actions and holding yourself accountable. Put your heart out there and let her know how you truly feel about how you hurt her. No explaining or justifying your actions. An apology is about the other person, not about you. You hurt her, why you hurt her isn’t going to make her feel less hurt. “This I why I hurt you”, “You need to understand why I hurt you”, “I’m sorry. I never meant to hurt you: or “I wouldn’t have done x if you had not done y invalidates an apology. It comes a cross as excusing your actions and/or blaming her for making you do what you did. If you have to explain why you did what you did, it should end with “I was wrong, it’s all on me”.

If there were some angry feelings before and after the break-up, do not rush to apologize before you’ve heard what she has to say. Let her talk about the hurt, the anger, and all the emotions. People have the right to their feelings and emotions even if you do not agree. After they’ve expressed how they feel and feel that they were heard and understood, they will be more willing to hear your side of the story.

3. Be willing to do whatever it takes, this may include eating a really humble pie

No matter your reasons, you caused her pain. Just telling your ex you’re truly sorry isn’t going to do it.

Keep in mind that when you hurt someone deeply, they put up a wall to protect themselves from getting hurt again. That wall doesn’t immediately come down with an apology.

Don’t push for her to accept your apology or “get over it”. She’ll feel like you are telling her she shouldn’t be feeling hurt anymore, which is the same as dismissing her feelings and the hurt you caused. This will keep the wall up longer.

Let her decide when she’s ready to ‘get over it”, move on from what happened or decide if she wants any kind of relationship with you (or not). If she asks for time or says it’ll take time for to forgive you, or move past what happened, it will help to provide some kind of reassurance along the lines “I’ll wait as long as you need me to”.

And there will be times when she remembers what you did and gets upset, this taking it slow helps the two of you work through from moments without the pressure to get back together.

6. Keep the lines of communication open

For as long a she’s hurting, keep things light and conflict-free. If you have already apologized and given her time to process the apology, but she has not responded to any of your attempts to reach out to her, send her a very short text saying you would really like to hear from her but you will not push it. You would however be there for her if she needed to talk.

7. Seek help from your social circle

If you you have mutual friends or you are close to her family, ask them if she has confided in them. They may even have some ideas for you for how you can make amends. However, this is a very risky move especially if the reason you broke up in the first place has to do with trust, or not being open enough. Your ex may see it as your usual “sneaky” self.

8. Learn from what happened

It’s hard to reassure someone that something will never happen again when you haven’t done anything to change or get rid of old patterns.

Try to understand for yourself why you did what you did the way you did, and it, and work on whatever needs to change in order for what happened never to happen again.

Depending on what you did to hurt her, you may have to accept that your relationship may never be the same. Some hurts permanently change the person who has been hurt (and the relationship), and you have to find a new normal.

Remind yourselves of the things that worked in the relationship and let both of your need guide what the new normal will look like. This can be something as simple as what good communication looks like going forward or as complicated as what happens if something like this happens again.

You can move past this, and have a better relationship as a result, but you have to do the work.