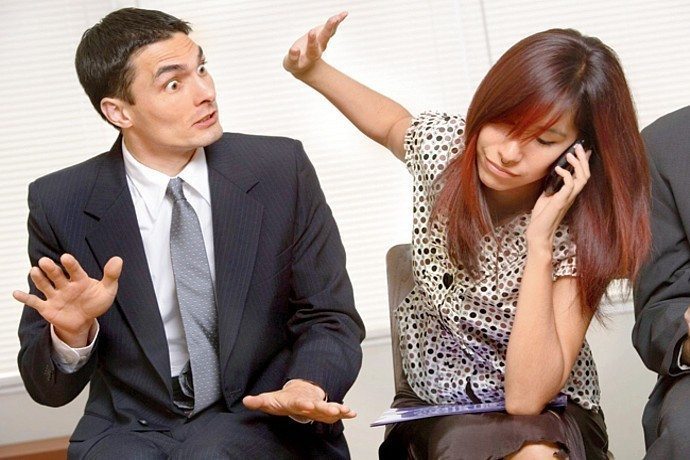 Ladies, many of you have probably experienced this. You go out with a guy and he thinks he’s “sharing his feelings”, “passing on information” or “registering a complaint”, but instead of “appreciating” his effort to be more “emotionally open”, you kind of feel “uncomfortable”. He’s not saying anything your female friends wouldn’t say, but coming from a guy… it just doesn’t feel right.

You want your guy to be emotionally open, share his feelings and all that emotional stuff, but you also want your man to be “a man”. For example, when you “share very juicy details” about so-and-so, you want him to listen, not out-do you with one of his own “juicy stories”. And when you act like a “bitch” (these things happen), you don’t want a face-off with a he-bitch you’re sleeping with!

When the lines are blurred, the kind of “attraction” and respect you’d give to a guy as “a man” kind of wears off.

Sadly, many guys out there are not even aware that the reason they are ignored, rejected, snapped at or friendzoned is because they whine, gossip, talk too much or make remarks they think are “smart” but make them come across as narcissistic, bitter, or plain old sorry-ass. Even when someone points out to them that they are running their mouths ” like women”, they just don’t seem to get it.

I actually had a guy once tell me “women do it all the time!”, and I looked at him like, “yah-ah?”

In another incident, another one called me a “a bitch with anger issues” just for telling him he should probably stop whining if he wants to attract back his ex. My thoughts at the time…  “At least I’m a woman. What’s your excuse?”

Why men whine more today than they did say 20 years ago is another topic. Gender sexual roles have changed so much and more men feel (and in some cases rightly so) that the tables have been turned against them.

But it’s still unmanly to whine, gossip… and bitch (online or offline!).