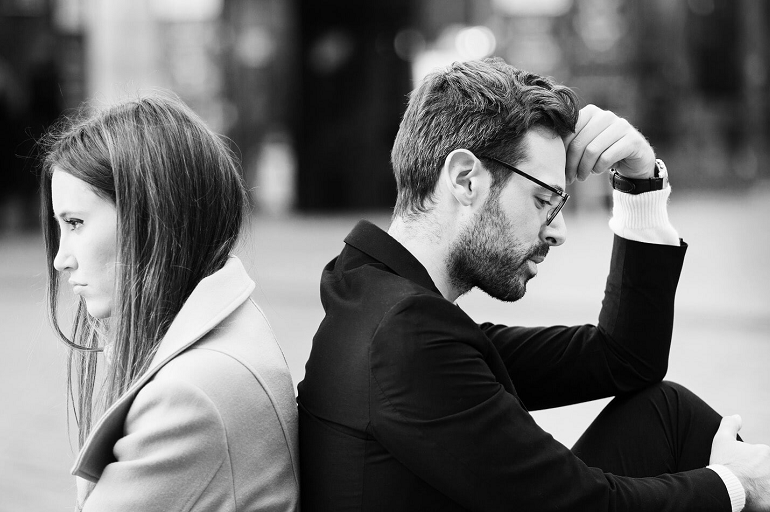 One of the most painful things about a break-up is remembering all the wonderful things your ex said about you. They said you were the most wonderful person they’d ever met and they were lucky to have you. And when they said it, it was so very real. You knew they meant it from their heart. But when they broke up with you, all those words seemed to suddenly not mean anything to them. It’s like they had a memory loss or something.

If your ex really meant it when they said all those things, then why did they hurt you?

People have different reasons why they leave a relationship, even if it’s what they want and walk away.
You may do all the “right” things — be loving, romantic, sexy, supportive etc. but ultimately if the person does not feel good about themselves (for whatever reason) when with you, none of those things matter.

They will not want a relationship with you because they don’t like the who they are when with you.

And as you may have heard we are a mirror of who we attract — the good and the bad. The good things your ex sees in you are the good parts of themselves they probably do or don’t openly acknowledge. They see that part of themselves and is attracted to it — in you. But there is also the other part of themselves in you (usually sub-conscious) that they do not ‘see’ but are energetically drawn to.

Often times people will lash at the mirror (you) to try and destroy the image of themselves they see. The problem is that that mirror is a human being with feelings that get hurt.

Does that mean it’s all your ex’s “issues”? Absolutely not!

You find yourselves breaking up and getting back together. You are pulled back together because you need each other and can’t seem to live without the other. It’s like being in a train you know is heading towards a collusion, knowing you need to get off but not wanting to get off at the same time.

You can change the dynamics of toxic bonds to no longer compliment your ex’s energy in a negative way, but in a positive way by changing your own energy.

Instead of hitting your head on the wall why? Why? Why did this happen, instead of acting all crazy, emotional, pushy and needy, instead of letting fear direct all your action and reactions, instead of giving in to avoidant behaviours, look honestly at yourself and ask yourself, “what is it about me that is creating my experiences? What do I need to heal, improve, change, modify etc., in order for my experiences to be different?

Is My Ex Honest That She’s Not Seeing Someone Else?

What Are The Signs Your Ex Wants to Get Back Together?

How Do I Show My Anxious-Preoccupied Ex I’m Not Ignoring Her?

Do I Tell My Ex I Want Him Back?

Is Fear Stopping You From Contacting Your Ex?

Is It Possible To Love Someone But Not Want To Be With Them?

My Ex Is Scared Of Getting Hurt Again

What Questions Should I Ask My Ex?