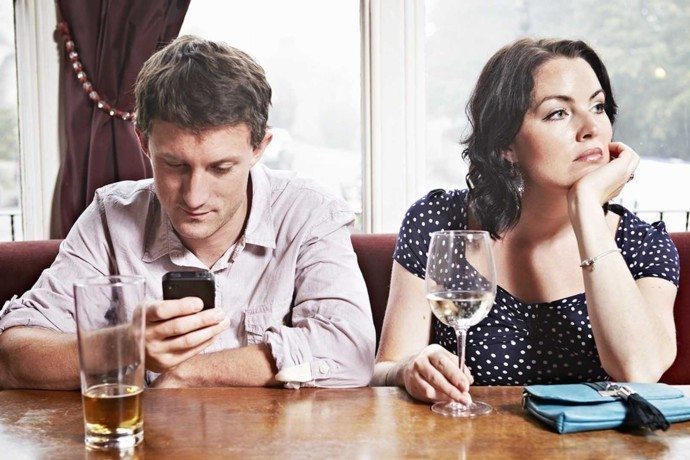 If you’re not falling in love, enjoying a fulfilling relationship or getting married, it’s not because of the sex-obsessed male population, the money-hungry girls and gold-digging woman, the lack of honesty and integrity in today’s society, the unleveled dating field, the constellation, the economy, bad luck or where you live. It’s because of you. It’s your “vibe”.

What is it that you may be doing — and not even aware of it — that’s causing the men or women you’re trying to date to feel intense dislike or revulsion, or lose the attraction within the first couple of dates or months.

One of the biggest turn-offs when trying to find a date or build a relationship is negativity. If you’re a habitually negative person who sees almost everything as disappointing, awkward, useless, hurtful and risky, you’re also more likely to see a date or relationship as unlikely to lead to a positive outcome.

You don’t even have to be right of the butt negative or negative all the way to repel the opposite sex. Some chronically negative people mask their negative vibe with a seemingly upbeat personality – very outgoing and friendly, flirtatious, playful etc., but either their non verbal language or non stop negative statements betrays them. And quite often they’re so immersed in their negativity that they say or do things thinking that that’s how everybody thinks and feels.

The attraction quickly loses it’s spark because you’re excessively and constantly dwelling on what might go wrong and avoiding anything new, different or unusual. You’re seen by the opposite sex as boring, very frustrating, controlling or an energy drainer because of your constant excess worries, whining, negative beliefs, complaining, overly cautiousness, outbursts or tantrums.

And when you encounter an obstacle or get rejected or hurt, you get stuck spinning your wheels, “It’s my fault” or “Why didn’t I …” more whining, complaining, outbursts, tantrums…

If you want people to get interested in you or want to be in a relationship, you got to let go the bad past experiences or get help incase your “mood” is due to some chemical imbalance. You can’t be an interesting date or fun person to be in a relationship with when you’re only looking at “problems”, always on guard and always seeing the glass as half empty.

At some point you have to allow yourself be emotionally vulnerable enough to make an emotional bond that can stand the test of time. You have to be willing to release the fear of making a mistake, fear of being rejected, fear of feeling love and fear of getting hurt. And if in the process you get rejected or hurt, look at what went wrong, why it went wrong and try to figure out how you can make it work next time. Even failure (defeat) is a learning experience.

Never forget that your dating and relationship success rests largely on you. Make your dating life enjoyable and an adventure!