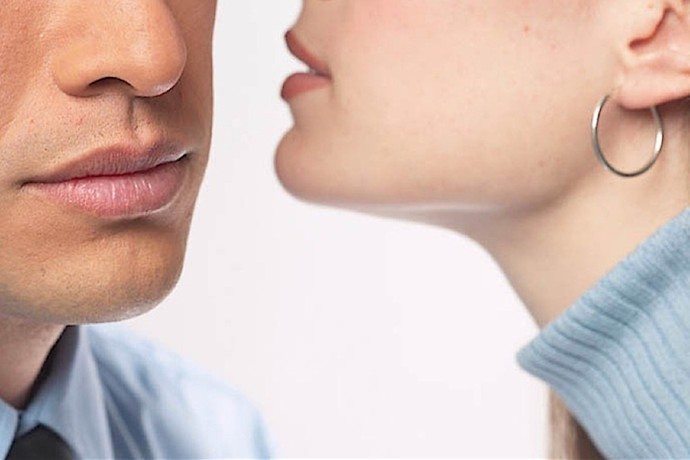 Hmmm… the sound of a woman in love.

Not that sound, silly. This is another kind of sound.

According to a study published in the fall by the Journal of Nonverbal Behavior, when a woman naturally lowers her voice, it is her attempt to sound more seductive or attractive, and therefore serves as a signal of her romantic interest.

Lowering your voice may be a means of demonstrating attraction, says Susan Hughes, assistant professor of psychology at Albright College in Reading, Pa., in a study, “Vocal and Physiological Changes in Response to the Physical Attractiveness of Controversial Partners”

“We found that both sexes used a lower-pitch voice and showed a higher level of physiological arousal when speaking to a more attractive opposite-sex target,” she says.

The study examined 48 Albright students using Skype to leave scripted voice-messages while viewing a picture of a fictitious person “receiving” the message. The men and women the participants looked at varied in attractiveness.

Hughes – who expected that women would raise their voices to sound more feminine and attractive – was surprised.

Female voice manipulation suggests that altering their tone may be a learned behavior based on sexual voice stereotypes rather than actual vocal characteristics of attractiveness.

“These findings may have implications for the important role voice plays in mate selection and attraction,” she says. “If people can perceive changes in others’ voices when speaking to attractive individuals, this perception may be adaptive for identifying interested potential mates, detecting partner interest in others, and possible detection of partner infidelity.”

Says Hughes, “The sound of a voice can communicate a wealth of biologically and socially important information.”