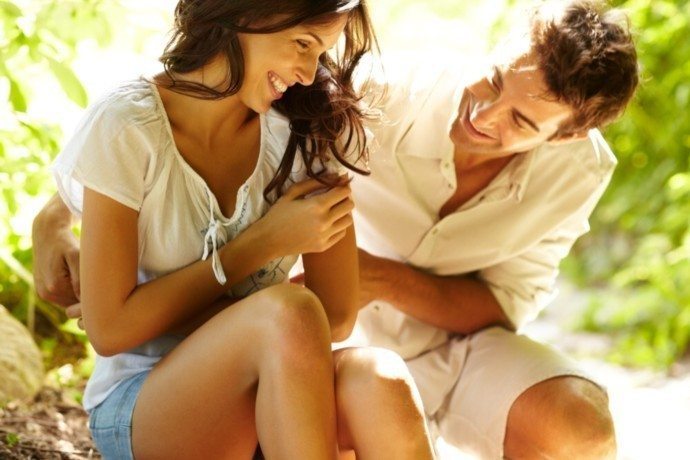 Playing Hard to Get is a dating game that men and women use to appear “cool” in the dating ritual. But not everyone knows how to PLAY. Some men and women play naturally, others have taken time to relearn how to play but the majority of men and women JUST DON’T GET IT!

1. Those who think they MUST play-hard-to-get

These are men and women who play to win. They are not at all interested in WHO they are playing with, all they want is to win because winning means that someone else lost. Failing to win over one man or woman, they’ll move onto another and another, laying layer after layer of failure on themselves. And even when they win, they lose interest because the game is over, and they have to get on with the next win. They are not concerned at all about the people they use along the way — men and woman who are left wondering “he/she seemed so interested in me, how can he/she lose interest so fast and not even care”.

These are men and women who somehow believe that their survival and happiness depends on having that particular ONE man or woman. These people tend not to play well because they find it impossible to relax or adopt the flexible unafraid attitude that playing-hard-to-get calls for. They either play-too-hard-to-get because they are driven by neediness or because they are trying to prove something (like they are also important). They are always scheming and trying to find ways to manipulate or deceive because they don’t believe that they deserve or will get what they want the “straight way”. Unfortunately this undervaluing their own strengths, abilities and worth makes it impossible to get what they deserve or want. The opposite sex sense this and either take advantage of their “neediness” or reject it.

3. Those who WANT NOT TO HAVE TO play-hard-to-get

These are mostly men and women who suffer from double consciousness, the consciousness of entitlement and the consciousness of inadequacy and incompleteness. They struggle with a deep-rooted rage that they blame on the unleveled playing field and the injustice against their particular gender. They reluctantly and unwillingly play because they think that they must play (win or lose) even when it’s crystal clear to them (and those they are playing with) that they can’t play (they are needy and desperate). Their deep-rooted rage makes them oblivious and immune to the fact that they are incredibly irritating. They keep on playing even when there is no game to play or till a man or woman blocks their number or puts out a restraining order. And even then, they want to know “why you’re not giving them a chance.”

These are men and women who strongly believe that if there is a finite probability of something happening, given an infinite amount of time, it WILL happen — and they have a very valid point. BUT this is not the reason they don’t play. They don’t play because they are fixated on the notion that all “playing” is inherently bad. As far as they are concerned, “playing” is for children and not for adults. They’ll give you the PC talk, but don’t want to hear what you have to say if it contradicts their view. And because “playing” is such a dirty word according to them, there is not much playing and fun in a relationship with these kinds of people.

5. Those who DON’T HAVE TO play-hard-to-get

These are men and women with a very strong sense of self. They know who they are, what they want and know how to get what they want without causing pain and suffering to themselves or to others. They are willing to play, love to play, enjoy playing, KEEP IT REAL and have the RIGHT reasons for playing-hard-to-get and that is: CATCH THE ONE who has the “staying power” and knows how to play A FUN GAME. But if playing brings stress and unhappiness than mutual happiness and positive bonding, they don’t want anything to do with it because it’s not a fun game to play.

1) Time – You need to cultivate a sense of timelessness and let the play find its own end just as it found its own beginning.

2) Energy – You need to focus your attention on what you are doing without fear of what might prove difficult or complex.

3) Emotions – You must provide room for emotional expression, vulnerability and for doing new things.

4) Self – Playing requires that you “forget” yourself (concerns for winning or loosing, and the neediness) and just play because it’s fun to play and because it’s necessary for your mental, physical, emotional and spiritual heath — and the health of any relationship.

Now go out there and play the RIGHT way? 😀

Written By
Yangki Akiteng
More from Yangki Akiteng
Women are different one from the other. For a particular woman to...
Read More

How To Start Over [A New Relationship] With An Ex