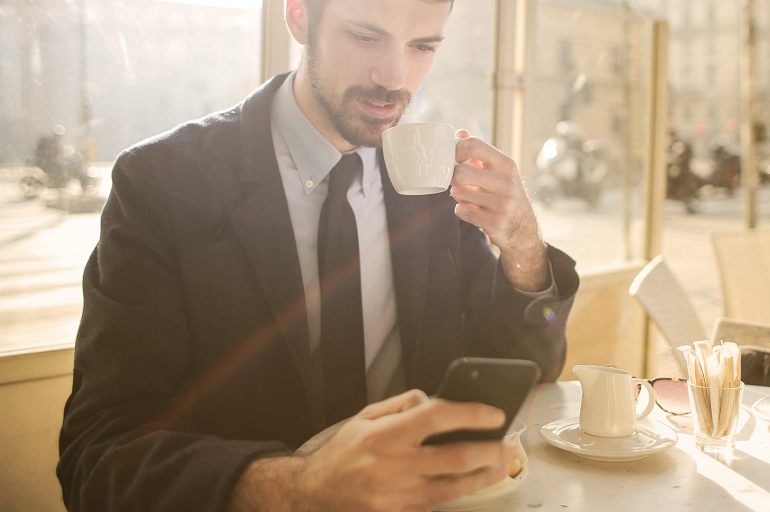 For almost everyone trying to get their ex back, there comes a time when you question the logic of even trying, or continuing to try to make things work.

One day things look promising… positive responses, longer conversations, jokes, smileys, and even a flirt or two. And the next… short sentences, one word replies, or no response at all. Then just when you’re about to give up, something inside of you tells you there is some kind of hope.

Many people I talk to blame this roller-coaster ride on their ex’s mixed signals. They wonder if their ex is playing games or simply confused.

Now, if your ex is…hmmm… immature, or has a history of being controlling and manipulative, chances are they are playing some kind of power/control game. Personally, I wouldn’t bother trying to get back together with someone like that. Way too much emotional investment for so little happiness. But that’s just me.

If on the other hand, your ex is genuinely torn between the strong feelings of love for you that they still have, and the concerns they have about being in a relationship with you, it creates internal conflict which then makes them send mixed signals.

I always give these kind of ex situations an 80% (and above) chance of success, and almost 90% of the time, I’m right.

Dr. John Gottman who has for years studied how couples interact identified specific patterns in how we human beings go about creating, increasing, maintaining, and strengthening connection.

A “bid for connection” can be verbal (a comment or question), non-verbal (a look or gesture), physical (a touch) or anything else that indicates a desire for connection or opens the door to connection.

According to Dr. Gottman, there are three ways human beings generally respond to a bid for connection: turning toward, turning away and turning against.

1. Turning toward is when you GIVE the other person the connection they desire by responding in a positive way to his/her bid for emotional connection.

2. Turning away is when you IGNORE or avoid the bid or act unavailable/”busy”.

3. Turning against is when you ATTACK the other person for wanting to connect. This includes starting arguments, defensiveness, criticism or sarcastic remarks.

In Dr. Gottman’s couples research, turning against a partner’s bid for connection leads to divorce in a majority of cases, but not as quickly as couples who more habitually turn away from bids.

When we consistently turn away (ignore or avoid) the other person’s bids for connection, they’ll give up trying to make bids and/or resist any efforts to reconnect. This is one reason, I discourage the “no contact rule” in cases where one is seeking connection. Instead of teaching people to turn towards their ex, the “no contact rule” teaches people to ignore or turn away from their ex’s bids for connection.

What’s even more sad about the “no contact rule” is that for most people using it, turning away or against their partner’s bids for connection is how they got to where they are in the first place. They were either emotionally dysfunctional, emotionally unavailable or emotionally unskilled and didn’t recognize or notice the bids the other person was trying to send, until it was too late.

Gottman’s research shows that while a typical happy couple may make 100 bids over the course of the dinner hour, disconnected couples hardly talked to each other and failed to connect. It’s no wonder that their idea of repairing the broken relationship is completely ignoring their ex’s bids for emotional connection. You’d think they’d learn from their mistakes… but NOPE!

They are so emotionally clueless that even when their ex opens up to some sort of contact, they jump right into “This is what I want. Give it to me or I won’t pay you any attention” or jump straight into talking about how to get back together without setting the emotional environment for a positive interaction.

There is one fact that is indisputable. The more we turn towards one another, the stronger the connection.

This is because turning toward a bid “helps the bidder to feel good about himself or herself, and about the interaction you’re having. Consequently the bidder welcomes more interaction, typically leading to more bids and more positive responses from both sides” says Dr. Gottman.

1) Recognizing or noticing the ways that they are trying to connect with you.

This is why regular contact is very important. When you are not in contact, it’s very hard to figure out the emotional context of a given text, words or actions. You respond to a text thinking that’s the right response but instead get back silence or much worse… you find yourself in an argument you never intended to happen or defending yourself from something you never actually said or meant to say.

2) Not letting temporary negative feelings get in the way.

Once you become skilled at recognizing, noticing and positively responding to your ex’s bids for connection, things go a lot smother and faster, and your chances get better and better.

Examples of the kinds of emotional bids for connection an ex might send can be found in my book: Dating Your Ex.