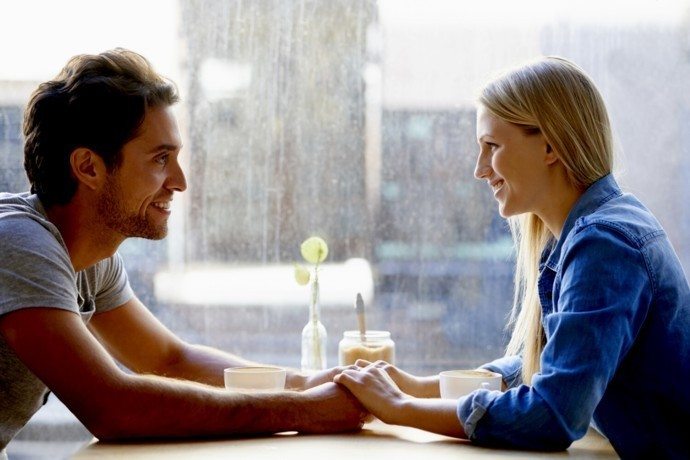 Touch is probably the most intimate and bonding of all of forms of communication. Touch brings us in direct contact with the physical reality of a person and provides valuable information for assessing and predicting the outcome of the encounter.

But very often both men and women avoid touching to minimize the risk of having their intentions misunderstood. Fear of being misunderstood is not helped by lack of understanding of what the other wants and what meaning people assign to different kinds of touching behaviour. Unaware of what is expected and what is intended we can sneak around each other for hours and hours until “something” happens. Often times nothing happens because the agenda is unclear.

2. You must be sure that the person wants you to touch them. As a species, we are highly territorial but we are rarely aware of it unless our space is somehow violated. One way that people tell us that they are ready for physical closeness is that they will normally change or adjust their position to facilitate the desired level of intimacy. For instance, the person will move closer or lean over or touch themselves and then edge a few inches closer. When a change occurs in physical space, the other person is giving you a clear indication that he or she does not mind physical contact. But even this can be tricky for someone not fluent in body language because of the other body language clues.

3. Before touching someone, it’s best to test the waters by initially invading their physical space by touching their “personal extensions” – anything that belongs to him/her, like a purse, cell phone, pen, newspaper or book. You can also tell if someone is ready for physical contact when he or she touches your “personal extensions.” One of the experiments for testing the water before touching that I teach in my workshops is one I read from David Lewis’ book The Secret language of Success.

If you want to know if the person is attracted to you or is signaling that you can proceed and touch them is after drinking, casually place your glass close to his/hers. If it’s allowed to remain there, you are being welcomed into their personal space. If however, their glass is moved out of the way chances are that your advances are being spurned. I personally found out that this experiment works best when you wait until he or she takes a sip and places the glass back on the table. The distances between glasses will give you plenty of clues.

4. Make the touch a spontaneous bodily experience rather than an intellectual maneuver. Many people who are fluent in the use of the body rely on body language alone to communicate their intentions and desires. Facial expressions, touching, and sounds convey more information about your sexual beingness than words alone. The value of nonverbal communication lies primarily in its ability to “say” what words can’t.

For example, if you’re interested in kissing someone, you might ask the person “Can I kiss you?” or even “Will you kiss me?”. This seems like the best way to initiate a kiss but unfortunately it’s not the most “primal way” way. Moving toward his or her lips slowly, hesitating a little before your lips actually touch not only allows the other person time to turn away or back off but allows him or her time to smell you – don’t get me started on the power of the smell sense!

You must not fear the consequences of touching your date if you know when to touch, where and how. You might be surprised that they were actually expecting it and anticipating a person’s needs yields impressive results. When the other person doesn’t get what they expect from you, you are working against yourself.

Are You A Man Who Loves Too Much?

Insecure Attachment – They Want You More Than You Want Them

Do You Feel Like Your Ex Doesn’t Care About How You Feel?

My Ex Can’t Stop Talking About His Ex- Am I The Rebound?