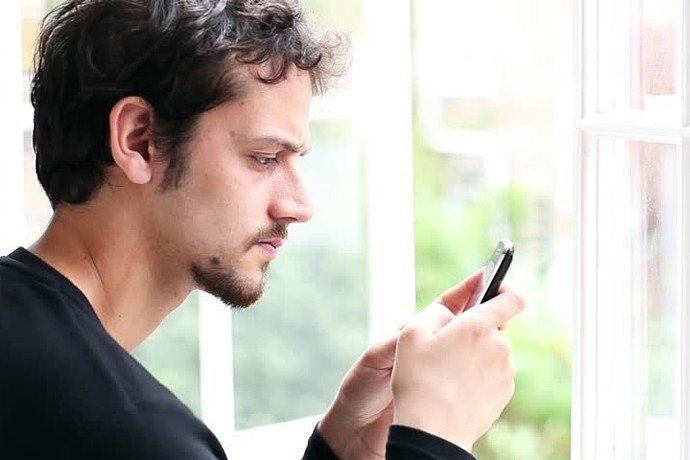 In a study published in the Journal of Couple and Relationship Therapy, researchers Lori Schade and Jonathan Sandberg of School of Family Life studied 276 adults to see what communicating through texts did to their relationships. The participants were real couples: 38 percent described their relationship as serious, 46 percent were engaged and 16 percent were married. Each of them completed a detailed relationships assessment that covered, among other things, their use of technology.

The researchers said more than four out of five study participants sent text messages back and forth with their partner multiple times a day. In the background material explaining how the conducted the study, they noted that many of the couples texted about what scholars call “relationship maintenance.” The researchers said such communications are important to keep relationships healthy, but texting sometimes instead made things worse.

“When texting, you are removed from the emotional responses, the facial cues and vocal intonations of partners,” said Schade.

“People are using technology at really high rates now to connect with one another,” said Sandberg. “There are some things you can do with texting that are helpful to a relationships and some that aren’t. To connect and express affection is good. To try to resolve serious issues, apologize or be critical and say hurtful things — it’s bad for you.”

A man texting more often is probably not a good sign, the researchers said. Texting can become a way of distancing oneself from actual interaction. They found that men get tired of receiving texts, but they are also less happy when they send a lot of texts.

Schade noted that in personal conversations, one can get the other’s attention in various ways, including a raised voice. The typical way to “raise your voice” during a text exchange is to use more aggressive language.

“You may just be trying to get his attention, but it has real relationship impacts — consequences, both positive and negative.

The good news is technology is always getting a bad rap, with people talking about how disconnecting it is. It can increase attachment in relationship quality. You can use it purposefully in a way to enhance the relationship,” she said.

Men may use texts to avoid in-person conversations, said Schade, and it can escalate as a relationship struggles. “Maybe as they exit the relationships, they text more frequently because that’s a safer form of communication. We don’t know why. That is just a conjecture,” she said in a written statement that accompanied the study.

On the other hand, men can use texts to bolster their relationships, too. Schade told the Deseret News that her husband is a master of using texts to make her feel loved and appreciated. He’ll send her a quick text telling her he heard a song they both like and it reminded him of her, for example. “That says ‘you are on my mind, I’m thinking of you,'” she said.

Schade warned that women who use texts too often may appear to be clingy.

All of those things, some of them contradictory, explain why texting isn’t always the best communication tool for couples, the researchers said.

“The things that need [to be] resolved in more than a couple of texts need to be said face to face,” said Sandberg.

Other authors on the study are BYU professors Roy Bean, Dean Busby and Sarah Coyne.

In my opinion, the most important take away from this study is “You can use it [texting] purposefully in a way to enhance the relationship”: relationship maintenance, to connect and express affection, and to increase attachment.

You shouldn’t use it to try to get attention, apologize, say hurtful things or resolve serious issues.