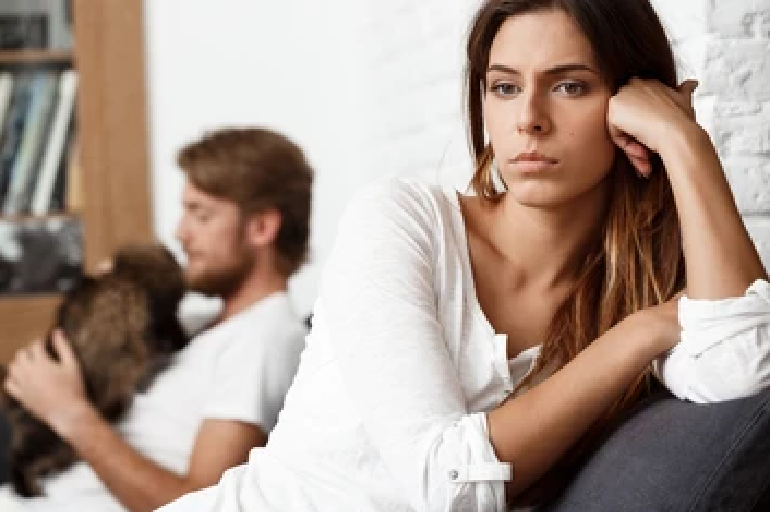 Question: Should I tell my ex I’m ready to commit or let her go? I was getting ready to propose but she broke up with me.

She wanted to get married about 4 months into our relationship, but I wanted to wait a while. Although I wasn’t ready to get married, I really love her. A year into the relationship she again brought up commitment. We were exclusive but I still wasn’t sure if I wanted it to last forever. We had some ups and down and at times we didn’t speak for days after an argument. When I told her I still wasn’t sure because of the arguments and fights, she broke up with me. A week later she sent me a text saying she missed me and wanted us back. We got back together and things were good for 2 months; and then but she broke up with me again.

I haven’t told her I was saving up for a ring because she is now with someone who seems ready to marry her. She’s told friends I am the one and she still loves me but he is Mr. Right for now. Should I tell her about the ring, try to get her back or let her go?

Yangki’s Answer: You were right in wanting to wait a while. In my opinion, 4 months is too early to be planning marriage. I also think she broke up with you the first time just to see if the fear of losing her would scare you enough to ask her to marry you. She wanted you to know how far she was ready to go if you didn’t give her the type of commitment she wanted. When you didn’t react the way she had hoped, she realized she had been called bluff and came back to try to work things from the inside. When that didn’t work either, she ended the relationship again.

I have a lot to say about “settling”, but it’s her life, her decision. I don’t think she’s asking for my “advice”.

Should you tell her about the ring?

I think with where things are, meaning that she’s with someone else, telling her about the ring will come across a desperate move, that’s if she believes you indeed were saving up for a ring. She’ll wonder why you didn’t tell her you had a change of mind about committing to her even if you didn’t yet have the ring.

You didn’t mention if you had any kind of contact or were in communication because if you are not, coming out of nowhere to tell her you were planning to propose can be a real turn off.

Should tell your ex you’re ready to commit or let her go?

I think you should tell her. If she’s telling friends you are “the one” even when she’s with someone who want to marry her; it means she hasn’t moved on, and you still have a real good chance.