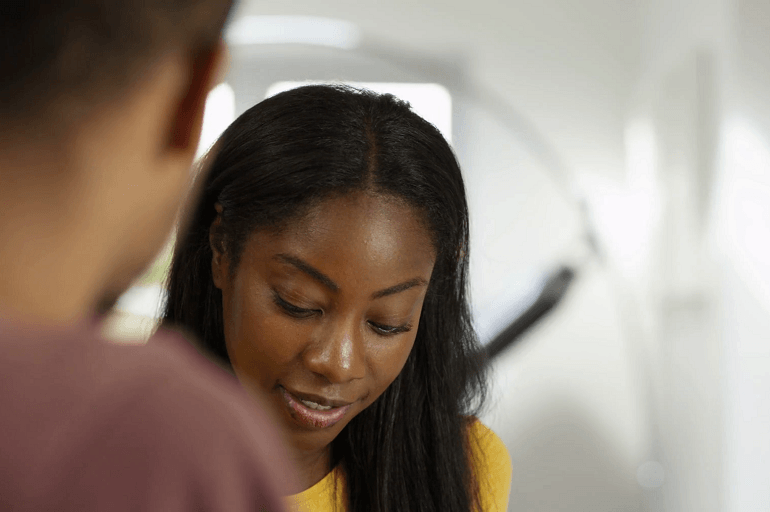 Question: My ex and I kept in contact after the break-up and still hang out from time to time. We were together for nearly four years and are best friends. Our families know and like each other, and for the last four years, we’ve spent all the holidays together and even went on vacation on two separate occasions. My ex and my sister are friends too, and my mother treats her like a daughter. We also share two dogs and take turns caring for them. It just didn’t make sense not to stay in contact after the break-up.

She broke up with me because she felt we had lost the spark. To be fair she dis her part but I guess being a guy, I thought things will get back to where they were once I finished my residency and had more time to focus on the relationship. It was a mutual breakup. She asked me if I thought she was making a mistake and I said I didn’t know, A a couple of weeks later said she wanted to us to work things out and in the beginning I really wanted to work things out with her, but I’ve developed feelings for a woman at my work. She was there for me during the breakup and I Have started to fall in love with her. My question is, do I tell my ex or do I just slowly disengage and let her figure it out for herself?

Yangki’s Answer: You don’t say how long you have been seeing the new woman. Could it be a rebound? Maybe. From your comment, it seems things were pretty serious with your ex, it’s hard to see you moving on too quickly, or developing as strong feelings for the new woman as the ones you express about your ex. You called her your best friend.

That said, you should tell your ex about your feeling for the new woman. If she is your best friend as you say she is, be honest with her. Sometimes finding out that someone was doing things behind our back hurts more than what the person actually did. And since you are best friends which I take to mean you still care about her, leaving her in the dark to figure things out for herself wouldn’t be acting like a friend who cares.

Answer all the questions she will have about your new relationship honestly even if it’s uncomfortable for you, and even if it will hurt her to hear the details. If she’s asking the questions, it means she wants to know.

Giving her the choice to decide what’s best for her will give you peace of mind as you explore things with the new woman.

It’s a risk of course to tell her about the new woman. It will without doubt affect the relationship you have now, and your ex may not want to hang around until you have yourself sorted out. You most of all can appreciate that she has to do what is best of her just as you have to do what is best for you.