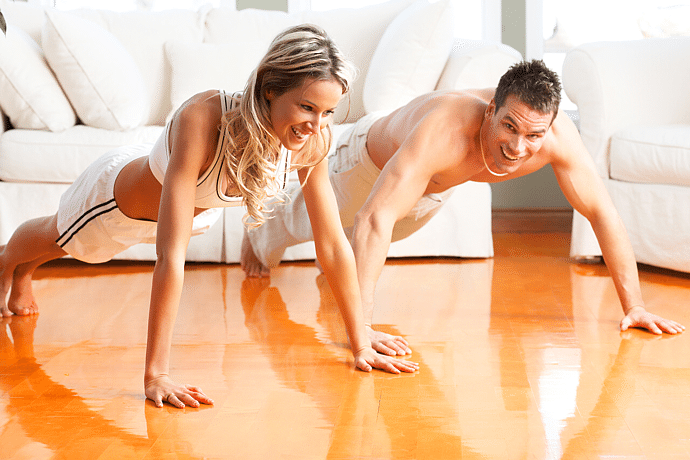 If like me, you have friends of the opposite sex with whom you are so very close, chances are, you or the other person at one time or another made an error in judgment and made it known that you had a crush on he/she (a.k.a. “in love”), but instead of “I love you, too” you got something like “I really like you BUT…”

Oops! There goes a great friendship.

Not necessarily. That is if you can get your love-foot out of your mouth with very little damage, and salvage whatever is left of the friendship.

Sometimes when we feel that we messed up, we have the urge to try and “fix” things in panic mode. For some people that may include trying to make “nice”, trying to make them laugh again, invite them to do things we think they’ll like etc… anything that feels like things are back to normal again.

You can’t just put a feel-good band-aid on something like that. Be honest with your friend and tell he/she that you respect their feelings and that even if you feel the way you feel, you value the friendship so much more. Just don’t say you made a huge mistake (and feel really stupid); or ask for forgiveness. You didn’t commit a sin or do anything wrong, you only expressed how you really feel.

If someone says “I am not that into you like that”, they are NOT. Trying to tell them that they don’t know their own feelings of attraction is an insult to the person. And “You mean so much to me — I just want you to be happy” crap is so transparent. Desperate manipulation always -always backfires. And chances are that your friend knows that side of you –too well I must add.

3. Don’t try to shift the focus off your false move

Trying to explain how something they said or did misled you is so juvenile. Your friend wasn’t the one who misinterpreted the signals, and he/she wasn’t the one who expressed that they wanted to be more than friends. Trying to somehow make the other person feel like it’s their fault is shoving your foot further up your mouth. Don’t be surprised if your toes stick out from the other side. You created the situation, own up to it.

4. Give he/she the space and time he/she needs

After something like that, it will be a little weird and awkward between the two of you, so get used to it. Your friend may even start avoiding you, but that’s normal. He/she may not know what to do after you drop something like that on them. There is also the possibility that he/she doesn’t want to hurt your feelings or give the wrong impression by seeming to encourage you to have hope.

Give him/her space and time and let he/she come around if he/she values your friendship. Just don’t wait too long. After a week or so ask him/her if the two of you can talk about what happened.

5. Discuss how you move forward as friends — again

You must absolutely have this talk because avoiding it is disastrous.

I had a very dear friend, and we were so close that he was the first person I called when I had good or bad news — after I called my mother and brother, of course. He was so good at hiding his feelings that even as savvy as I am on man-woman dynamics, I did not suspect he was sitting on his feelings for years. But that is because he went to great lengths to somehow convince me he was “gay”.

When I broke up with someone, I naturally went to my friend for support. Then one day he confessed that he had always loved me. I was shocked, pissed off and sick to my stomach because it felt like he was suggesting “incest”. After all he was like “my brother”. And even though he was my best friend in the whole world — we shared the most personal details and felt so close emotionally, I wasn’t attracted to him in a “sexual” way. Not at all!

We decided the friendship was far more important and wanted to keep it. But although he said he felt like “my friend, again”, I didn’t feel the same way. I wanted to but it was so hard knowing what I knew. Every time I caught him looking at me (which he had done so many times before), I got really upset because I felt that he was “sexualizing” me. Even the hugs felt uncomfortable. We started to fight over very stupid things, something we had never done before. Eventually we didn’t want to be friends anymore.

We were so focused on “saving” the friendship but had never talked about “how” we were going to be friends. We just assumed since we were friends before things would just fall back into place without acknowledging that that place had shifted.

Even after the talk, things may still feel a little weird and awkward because everyone processes their emotions differently. Some people want to talk about how they feel right away and get over with it, others avoid talking about it and others prefer to cut off contact for sometime in order for them to process their emotions the way they know how.

If you call him/her and they are not excited to talk to you, or you invite him/her out as you’ve done many times before, and he/she doesn’t want to come, don’t push or try so hard to get the response you want. Give it a few more days and try again. If he/she isn’t ready now, maybe he/she’ll be ready later. But if he/she becomes rude and abusive, then you know that he/she never really meant it when they said they did not want to lose you as a friend.

7. Let go expecting your friend to give you what he/she can’t

For your own good and sanity, stop wishing, hoping, and expecting your friend to give you what he/she can’t.

Come to terms (and accept) that you may always have those feelings for your friend after all he/she is a special person — that’s why they are your friend. And besides we don’t always choose who we fall in love with. It’s not called “falling in love” for nothing. Nobody chooses to knowingly “fall” because falling hurts. So the feelings may still linger for a while or forever, but your expectations (for something more) can and have to change.

If you find yourself stuck emotionally, find something to do (away from your friend) that makes you feel alive, worthy and wanted. Get a hobby, volunteer your services, pamper yourself… do anything that makes you so happy that you are not thinking of how you messed things up or how your friend is avoiding you etc.

8. Meet in a group setting — initially

In the beginning “hang out” as friends in group activities where there are other people in the mix. One-on-one intimate settings kind of imply intimacy which at this point in your relationship may be “uncomfortable”. So if you are asking him/her to spend time with you, catch up on old times or simply try to move forwards as platonic friends, invite he/she to anything as part of your group of friends as opposed to one-on-one. And when you are out treat he/she just like everybody else in the group

If you find that even your interaction in a group setting has also changed and is awkward, then you need to ask he/she to have a talk about how he/she feels and what the two of you can do to make the transition less stressful. Again, you must absolutely have this talk because avoiding it is disastrous.

9. Keep this little “secret” between the two of you — as much as possible

Don’t mention what happened to any other of your friends in the group. If you have to, let it be something you do in the future when the “raw feelings” about this are in the past and you both can talk about it with no emotional overload.

10. Stop trying to be his or her friend

Last but not least, if you do ever salvage your friendship, don’t cross the line again. If you do, you may never be close friends ever again!

Between you and me, love didn’t make a fool of you – you did. But that’s all part of being human. Anyone who dares to open his/her heart to love plays a fool one way or another. If it ever turns out that your friendship grows into romantic and sexual attraction, it’ll be because you “planted the seed”, and let it grow naturally. That’s just the way love works!