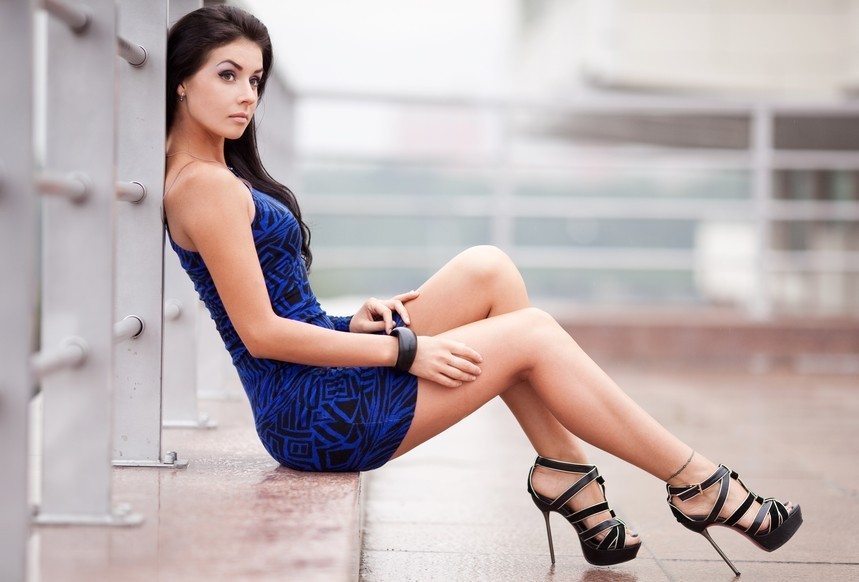 Have you noticed how some men and women think that the only reason anyone could ever dislike them or their behaviour is because that person is insecure or jealous?

Every damn thing is about their good looks!

Of course “geniuses” say the same about their “brains”, rich people say that about their money, successful people say the same things about their success, and everybody else says whatever about whatever it is they feel makes them a cut above the rest. Even a house cat looking in a mirror thinks the lion must be jealous, envious and resentful because a lion doesn’t have a mirror!

But what makes some people think that they are “better” than others; makes them act like they own the world; and makes them feel like every thing they say or do is right?

Some would call it a superiority complex.

Merriam-webster’s definition of superiority complex is:

“an exaggerated opinion of oneself”

Wikipedia describes it as:

Uncyclopedia calls it a difficult disorder to deal with:

“Sometimes, these feelings can go as far as to cause those affected to act as if they are on a golden pedestal, and everyone else is peasant scum. In many cases this is true, but if anything this makes it all the more irritating for those around them. Many sufferers simply cannot control their own boasting, and may suffer chronic migraines due to their incredibly swollen heads. And this isn’t a metaphor, their brains are often so big their heads are literally swollen up to fit it all in. Poor uplifted souls.”

My translation — these people have SERIOUS ISSUES!

So they have issues, but how do you deal — on a day to day basis — with that irritating and really annoying pretentious, self-righteous, egotistic or snobby relative, friend, co-worker, partner or new man or woman you just met and want to get to know?

There are three ways you can deal with people who act like they are better than everybody else.

1. One way is roll your eyes, show them the palm of your hand and say, “Pull-ease!” Then ignore, avoid or completely cut them off from your life. This one is probably the easiest of the three ways of dealing with these types of people.

But that doesn’t help if you are in daily contact with this person — or even like and love the person. That’s lots and lots of eye-rolling, palm showing and ease-pulling!

2. Another way is unmercifully hit them on their weaknesses, painful past, anything that exposes them for what they really are or cuts deep into their ego. That’ll bring them back down to earth. And when the tears start rolling down his or her face, gleefully rub your hands. Mission accomplished!

But there is a problem here too. This won’t do you any good. Some of these people are so deluded that they’ll just think you’re jealous and envious — and yes, have an inferiority complex. Even worse, most of these “superior” individuals have become such experts at putting others down that they’ll hit you back so hard that you might find yourself not just down on earth but trying to dig a hole in the ground — with your teeth. Trust me, I’ve been there.

The other downside is that if you’re a naturally good-hearted person (superiority complex?), you’ll end up feeling like a monster for making such a good looking or intelligent or rich or sweet or whatever [superior] person feel small — and if you try to apologize, they’ll throw it back at you.

1- Look the person in the eye

When that oversized ego starts going out of control, respond with a slow nod, look them hard in the eye, slightly narrow your eyes and then slowly shake your head side to side. A direct steady gaze that says “I see you for who you really are” given with meaning, conviction and understanding speaks subtly but directly to those insecurities they’re trying to compensate for.

Example: “Yangki, You’re not serious!” “Did you really have to, Yangki?” “Yangki, do you really believe what you are saying?”

When you address people by their name, you not only take control and command their attention, you make the person real — living and breathing. It’s like, saying “I am talking to you. Yes, YOU!”

3- Challenge the person’s “pedestal” position — and not their person

People with big egos are usually so full of themselves that they don’t think anyone could possibly challenge them. When you disagree or challenge them they get really upset with you.

Don’t get sucked into confronting ego with ego (personal attacks), remember theirs is oversized and out of control, you have no chance of winning here. Instead of striking back at the person, confront the concept or perception they represent to you.

Example: “There is more to life than [looks, money, success etc], Meg” “What do you base that on, Matt?” “Kim, you and I clearly see things from a very different view and that is perfectly fine.”

The whole point is not to go for the throat or try to embarrass them or demonize them, but to highlight the flaws in their thinking or attitudes, or gap in their knowledge or competence.

4- Be direct and assertive

Oversized egos as you now know are not about a healthy dose of confidence, self-worth or self esteem, but rather about insecurity, compensation and fear. To counter these unhealthy tendencies from a place of strength and healthy ego, take a no-nonsense direct communication approach.

Example: “Enough with the attitude, Jackie” “You’re acting like a jerk, Scott” “Get a life, Kelly!”

A gentle but firm rebuke as difficult as it is and as unacceptable as it is in “polite” society, is actually a loving gesture — PLUS it puts that over-sized ego in its place!