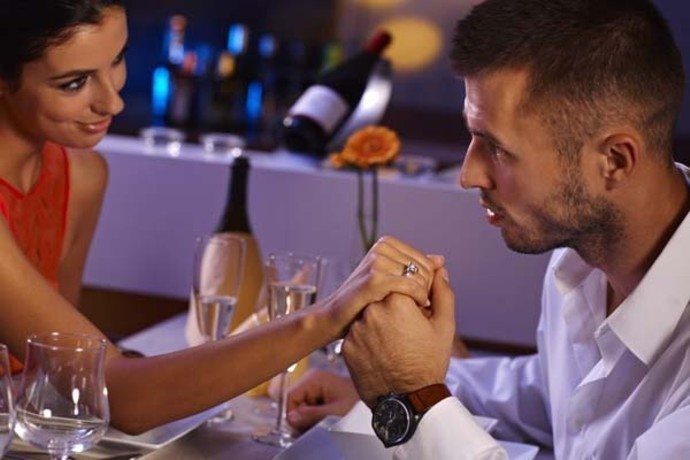 Read before you break up or get back with a commitment phobe; your chances of making a relationship work may depend on it.

Having personally suffered from severe commitment phobia for many years, I know that being in love with someone who is afraid of commitment is not fun at all.

Fear of commitment – difficulty making decisions that require (any) commitment e.g. where to eat, live, or even making a decision between two attractive potential partners

Commitment gamophobia – excessive and persistent fear of being in a relationship, making a commitment, or getting married.

Many studies show that deeper feelings of fear of vulnerability, losing control, being a disappoint and not being loved for who they are is what is behind commitment phobia and commitment gamophobia.

Most people who have difficulty making decisions that involve commitment have an anxious attachment style; which includes anxious-preoccupied and fearful avoidants.

Fearful avoidants are also like to have both commitment phobia and commitment gamophobia.

My commitment gamophobia created my secondary dismissive avoidant attachment style. As a child, I grew up feeling secure; something I also owe to my African upbringing. Having multiple secure caregivers who were available and responsive to my attachment needs helped develop my secure attachment style. I was comfortable being in a relationship and confident in my relationship abilities and skills; but I avoided relationship because I didn’t want to get married (and be a wife).

I knew exactly when a relationship was heading towards marriage and was out of there before the conversation came up. And because I was good at relationships (low anxiety, low avoidance), almost everyone of my relationship went the direction of marriage. So, I did a lot running figuratively and literally (on foot, in a car, on an aero plan, I did it all).

And by the time I was 27 years old, I was considered (by African standards) “too old” for marriage; and I was perfectly fine with that. I felt a kind of relief but also disappointed in myself. I focused all my time and energy of building a career and the life I wanted for myself.

Men and women get over their deep seated fear committing to a relationship; I did.

In real life, some people are not really meant to be together, and sometimes when you’ve tried everything humanly possible — and I mean really tried everything including asking for divine intervention — and failed, it’s smart to know when to walk away. But I think a lot of people walk away too soon.

Many go about trying to get someone to commit by pushing premature commitment because of their own internal pressures. Nagging, begging, blaming, guilt tripping, giving ultimatums, playing break-up on and off again games etc. doesn’t make someone afraid of commitment want to commit; it makes them want to run.

Others are too afraid to get back together with commitment phobe or commitment gamophobic because of the things they read bout them include having a dismissive attachment style. They’ll never commit, they’re damaged; they’ll only end up hurting you; they’re narcissists etc.

Sometimes what a commitment phobe or someone with commitment gamophobia needs is:

1. Someone who cares enough to really understand them

Someone who doesn’t automatically assume that it’s all a selfish act but understands and appreciates where the fear and anxieties are coming from. There so many definitions of what “commitment” means and understanding what someone is really afraid of makes a huge difference. Is is fear of losing one’s independence, fear of marriage, fear of intimacy, fear of having kids, fear of financial burdens, fear of sharing a home, fear of sharing a room/bed every day, fear of offending family members, fear of moving to another state or country etc?

Understanding and appreciation can help the two of you come to a compromise you can both live with.

2. Someone who’s emotionally safe and secure

Someone who is emotionally secure enough to provide a safe and secure relationship environment. Many commitment phobes and people with commitment gamophobia have been through so many relationships and know exactly how the script plays out. Having a game-changer who will not play by the script can sometimes be the “shock therapy” a commitment phobe really needs.

3. Someone who’s consistently available and responsive

So before you walk away, make sure that you’ve earned your way out; that is given it everything you got and more. That way you don’t look back with regret because you dumped commitment phobe or commitment gamophobic you still love; and a few months later they commit to someone else.

Fear Of Commitment Explained – Relationship Is Not Hopeless

3 Steps to Get A Commitment Phobe To Commit Quicker

20 Signs You Found True Love With the Right Person