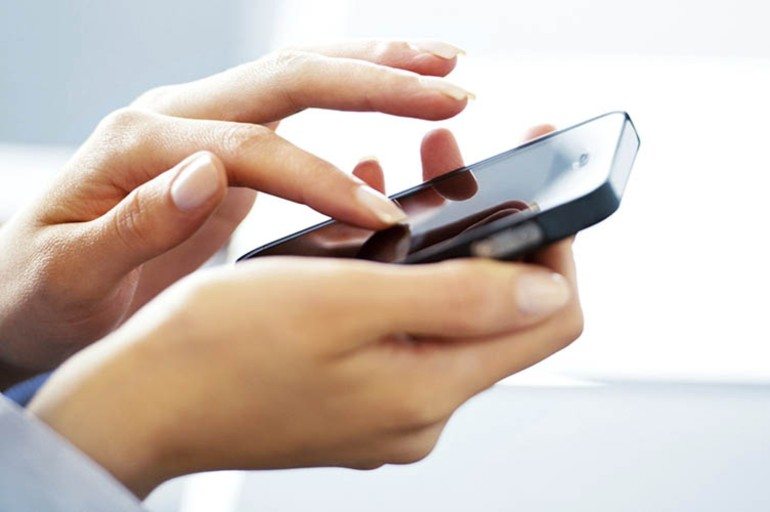 I came across the results of several studies on the advantages and disadvantages of technology in romantic conflict and thought it might help many of you when deciding how best to communicate with your ex.

If you have my book, Dating Your Ex, you will find this information especially interesting and useful because it emphasis my point about strengthening the emotional connection and creating emotional momentum via text, email or phone before meeting your ex face-to-face. Too many people rush to meeting their ex face-to-face and end up ruining the chance they might have had of getting back their ex. Don’t make the same mistake!

More careful message composition. Face-to-face communication is extemporaneous, meaning that people must think and respond on the spot to their partner’s remarks. This can be challenging, especially when emotions run high—as tends to be the case with conflict. Certain media relax this constraint. Over email or texting, people can take as much time as they want to construct their messages, and they also have the ability to edit them before sending them along (a luxury unavailable to face-to-face communicators, who cannot take back an undesirable statement once it has been uttered). This media feature can be especially advantageous to those who are prone to outbursts or impulsive statements such as threatening to break up the relationship when they don’t really mean it.

Reduced interruptions. Relatedly, when conflict happens face-to-face, people may have a difficult time getting their messages across because of frequent interruptions and question-asking by their partners. Over the media, these interruptions can be reduced and conversational turn-taking can be more equitable. For instance, over email, one partner can only respond once the other has finished saying their piece. Even in more synchronous media like texting and instant messenger, people can still continue typing their messages despite incoming questions from their partner. People who are less outspoken and less vocal than their partner, and hence often feel railroaded in conflict situations, may greatly benefit from this feature.

Reduced flooding. Flooding refers to the experience of being overcome by emotion. In the case of conflict, this emotion tends to be negative (anger, frustration, sadness). When flooded, people tend to act in impulsive and irrational ways and are more likely to escalate conflicts rather than resolve them in an equitable manner. The partner’s embodied presence can increase flooding. That is, people are likely to get more emotional when they can see and hear their partner in real time. This is especially the case when the partner’s gestures, facial expression, and voice, denote negative emotion, because emotion tends to be contagious. Many media make it possible to communicate with one’s partner in the absence of corporeal presence and nonverbal cues (email, instant messaging, texting), and thus may reduce the likelihood of flooding. People who are highly emotionally reactive or neurotic may benefit from this feature.

Expressing negative emotions. Some people feel uncomfortable voicing criticism and dissent to their partner, and, as was the case with emotional flooding, these anxious feelings can be more potent when the partner is physically present. Simply put, some people find themselves tongue-tied having to look their partner in the eye and criticize them or express negative feelings. Yet these negative feelings are important to address, otherwise, the conflict remains unresolved (see my previous post about the pointlessness of avoidance as a conflict management strategy). The media can provide a buffer between oneself and one’s partner. Since the media enables communication in the absence of physical presence, it can increase the comfort level these individuals have in expressing their concerns.

Waiting time. One of the greatest difficulties associated with media-based conflict was waiting for the partner to respond. While the media could be helpful in reducing interruptions in the case of overly vocal partners, waiting for not-so-vocal partners to respond was perceived as torturous. This waiting time was often described as fraught with anxiety (“what are they thinking?” “maybe things are worse than I thought!” etc.) and with escalating anger (“I can’t believe they’re ignoring me!” “They must not care about me at all!”). These concerns are not entirely unfounded. One study shows that participants were 2.8 times more likely to purposefully delay responding and 3.8 times more likely to ignore their partners when romantic conflict unfolded over texting than face-to-face communication.

Lack of finality. Relatedly, some people reported that conflicts negotiated via the media felt less final, less resolved than those negotiated face-to-face. This was the case because the media left more uncertainty about the partner’s feelings and thoughts, and also because classic resolution behaviors (e.g., a hug, a kiss) could not happen.

To reap the benefits of technology, participants reported engaging in the following media-related strategies:

Channel switching. When the conflict got too heated, some participants switched from face-to-face to mediated communication, so they could reduce flooding and increase message control.

Incremental introduction. Some participants eased into face-to-face conflict by broaching it over the media first. Once their concerns were laid forth in a mediated message (email or text), they were easier to address face-to-face.

Compartmentalize conflict. Some participants were invested in preserving their face-to-face relationship as happy and conflict-free, so they resorted to the media every time they needed to engage in conflict. Thus, conflict was designated to its own unique sphere (i.e., the media), that did not overlap with quality time spent face-to-face.

Article by Catalina Toma, Ph.D., a professor at the University of Wisconsin at Madison and appears in Psychology Today website.