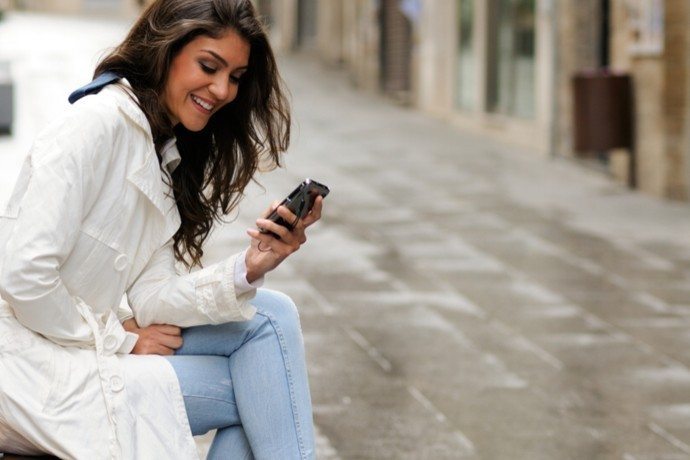 Question: I am an intelligent and independent woman but I can’t seem to master how to approach men without appearing desperate. All the articles and books I read say relax, be confident, have the right attitude and the rest will fall into place, but when I catch a guy looking at me or checking me out, I just get really shy and nervous. What do I say that doesn’t sound forced and intrusive? My conversation skills are good but somehow I have failed to learn these ever-so-basic things about men-women relationships. How do I project feminine confidence and at the same time show a guy that I’m interested in him in more than a friendship way? Flirting and all that stuff feels contrived, shallow and phony to me. It’s a lot of work and makes me feel like a fraud.

Yangki’s Answer: There are various ways you can show a guy that you’re into him. One way is to come right out and tell him you have feelings for him. The problem with this approach is that if the guy does not know you that well, he might take this as aggressive or desperate.

The other way is to start of as friends. I personally believe that a relationship that starts of as buddies or pals has a much higher chance of lasting longer and much more likely to be happy and fulfilling. The only problem with this is that once you’re filed away in the friend-zone, you may remain just that, a buddy or pal. Also if the guy is a relative stranger, you only have a small window of opportunity open to you.

The third way is flirt with him. I completely understand why you feel that flirting is contrived, shallow and phony. If you use canned flirting taken straight out of books or articles or flirting courses it can make you appear corny, intrusive and even ridiculous. You know what I mean: countless hours on hair and makeup, short skirt, ultra high heels, angling your body in a certain way, putting on bedroom eyes, playing with your hair, licking your lips and cooing “hi Sexy” blah blahs. Jumping to the sexually suggestive takes some value away from the intelligent, confident, genuinely unique, appealing, respect-worthy, interesting and deep feminine woman you want men to get to know.

If you want to make it clear to a guy that you like him in a way that in more than a friendship, take flirting for what it is — a way to send signals to someone that you’re approachable, interesting, exciting, intriguing, engaging, special. The kind of woman a man would want to be around.

For some women (and men) flirting comes as natural as breathing, but for others, flirting just like any other social skill can be learned. The important thing to remember is that this is more than “looking the part” or learning “the technique” but understanding why certain feminine traits are more appealing than others, identifying those traits that suit your personality and comfort zone and modifying them to bring out the best in you.

Start doing the things you’ve always wanted to do. Even just smiling or walking up to a guy and saying “hi” without any expectations is flirting in my book. But that’s not enough to show him that you’re into him in more than a friendship way. Adding in something like “That’s a cute tie” or saying something you’d normally not say to any other guy (friend or not) is a step towards the more than friends direction. As you start to have more fun saying or doing those things that you’d normally not say or do, you’ll find that flirting comes to you naturally.

If you’re being genuine, it will show. If you’re trying too hard to find out what you’re supposed to say or do (by the book) you’ve completely missed the point — and will start to feel like a fraud.

Flirting is a great social skill to have not just because it makes you more approachable (and attractive to the opposite sex) but its also a proactive approach that gets your mind thinking positively (inside-out) instead of negatively (outside-in). Much of people’s shyness and nervousness comes from overanalyzing the messages they pick up from their external environment.

It’s all about self (feminine) confidence and liking yourself enough to believe others will like you too. When you feel that confident you are willing to take the risk to love because you know that there is something really beautiful in you that draws others to you and you don’t have to try too hard or even use tricks to get love!

Have fun and good luck!