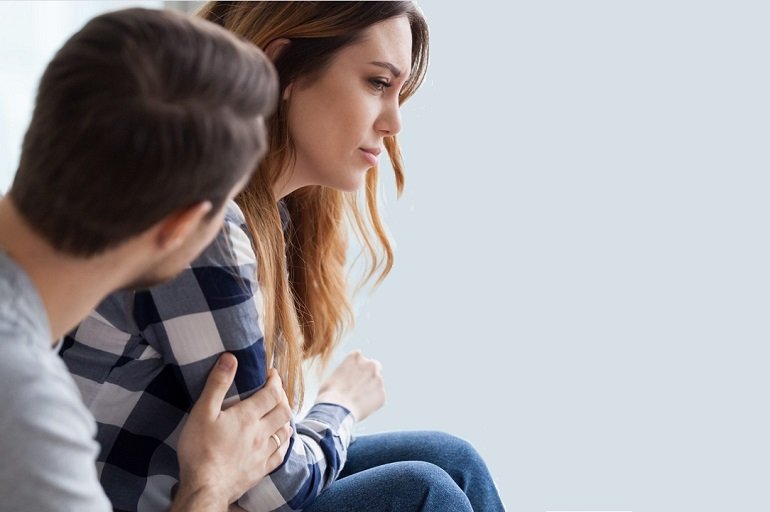 When an ex says they are scared of getting back together because they think things will go back to how they were; it is usually because:

These are legitimate fears. If you argued and fought a lot when you were together; it’s makes sense for you ex to think that even if they still love you they can’t go back to the same old dynamic. They haven’t seen anything to convince them otherwise.

What do you say to an ex who says they love you but are scared of getting back together?

The best approach is usually to show with your actions rather than tell you have changed, and therefore the relationship will work.

But when your ex asks you directly why they should expect the relationship to work; or brings up the past to explain why they are scared of getting back together; you should know exactly what to say. The way you respond to an ex who says “I’m scared of getting back together because things will go back to how they were” may make or break your chances.

1. Don’t argue with your ex when they say “they’re scared of getting back together”

When you argue with how someone feels, they automatically become defensive. This is how feel (right or wrong); and what one feels is exactly how they should feel. It’s their reality, their truth. How one reacts or responds to how they feel is another story.

Instead of continuing with the arguing and proving your ex’s point; try to understand their  thoughts, feelings, and validate their reality, even if you don’t agree with it. This is perspective-taking; a necessary component of empathetic listening.

Here is an example of how to take the perspective of an ex who says they still love you but are scared of getting back together because you argue and fight a lot.

“Given our past I can see why you’re concerned that….”

You can also say, “When you put it like that, I can see why you are scared to get back together…”

2. Don’t push when you ex says they’re “scared of getting back together”

If after taking your ex’s perspective, and trying to move the conversation forward; you see that your ex feels pressured, don’t push. However tempting, don’t push.

Think of each conversation as an opportunity to really hear what your ex has to say; and to show your ex that you understand why they’re “scared of getting back together”. This is also an opportunity and for both of you to come out on the other side all the better; for having had the conversation

Respectfully end the conversation with like, ‘I’m grateful (or glad) we have an open communication line so we can both honestly express our feelings. I am going to spend the next few hours/days thinking about this; and we can meet again and go over what we both think/feel/would work?”

This change in attitude, tone and way of dealing with disagreements; or responding when you can’t see eye to eye will be a welcome change for your ex.

3. Learn better ways of disagreeing without it ending in an argument or fight

After gracefully excusing yourself, take time to really think about the things your ex said. Even if they say they still love you, why would your ex believe that you will not argue and fight as before? What has changed that should make them less scared of getting back together.

In one of Dr. Gottman’s studies they were able to successfully predict which newlyweds would divorce within six years by observing their interactions during the first three minutes of a 15-minute argument. Couples who showed understanding and appreciation of the other person’s point of view; even when they didn’t agree with it were able to prevent a conflict from escalating; and resolved their differences while strengthening the relationship.

Try this next time you see a verbal fight coming. (PS: Then come here and thank me).

Rebuild A Deep Connection With Your Ex Using Empathy