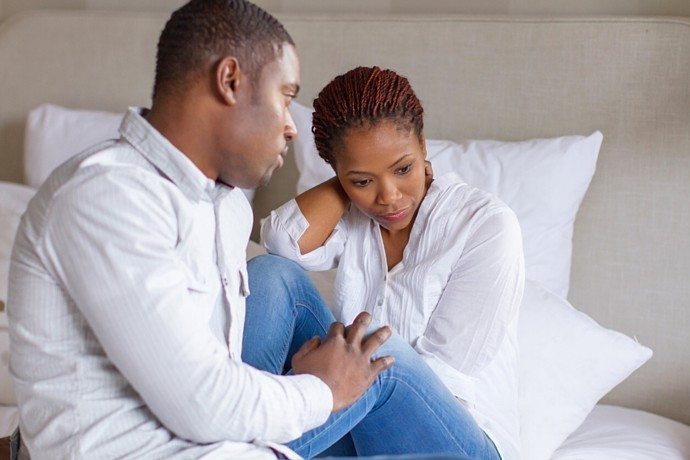 Question: Yangki, may be you can help me figure out what’s going on with my ex. She and I broke up in May. Two weeks later she texted me saying she wanted to talk. We met and talked for 8 hours in which time we decided we’d give the relationship another chance. All June things went really great. We talked every day, texted each other several times a day and saw each other 3 days a week. She seemed to be her old self again, we even fooled around in my car. One time she suggested spending the night at my house, but changed her mind, said she didn’t want it to be just about sex. Now she’s completely closed off. As I write we have not had any kind of contact for over a week. What is really confusing me is that she initiated the call that led to us getting back together and was into it the whole of June. She said she missed me and wants me in her life. What do you think is going on?

Yangki’s Answer: There are several things that could be happening. One possibility is that something was said that she’s not happy about, but not telling you for one reason or another. It may be something that reminded her of a past painful incident or something that sent a red flag signal warning her that she might be making a mistake because nothing has changed.

It’s also the possibility that she’s just having second thoughts about the two of you getting back together. If the 8 hours talk consisted mostly of you convincing her that things could work again, chances are she has had time to think things over and has doubts or has changed her mind. Using convincing arguments to get an ex to come back into the relationship is one of the most common mistakes many people make when trying to get an ex back. Most of the time, trying to “convince” an ex doesn’t work because of the feeling that they’re being “sold” something. But even where one succeeds, it never lasts because when you’re apart she (or he) goes over your arguments, second guessing the things you said and second guessing her (or his) own decision to go along with what you said.

This is especially the case with people who are averse to conflict, overanalyze stuff, have a history of not trusting their own gut or fear repeating a past mistake. They act like everything is okay, only to surprise you with an email or text saying they have second thoughts and don’t think it’s what they want. Some bring up the same topics and issues that they had before and which you thought you succeeded convincing them to see things your way.

There is the possibility that there is someone else. I’m not saying that her behaviour is typical of an ex who is seeing someone else, not at all. I’m just bringing this up, so you can prepare yourself to work with reality as is, if this is the case. But I’m sure you’ve already considered this possibility.