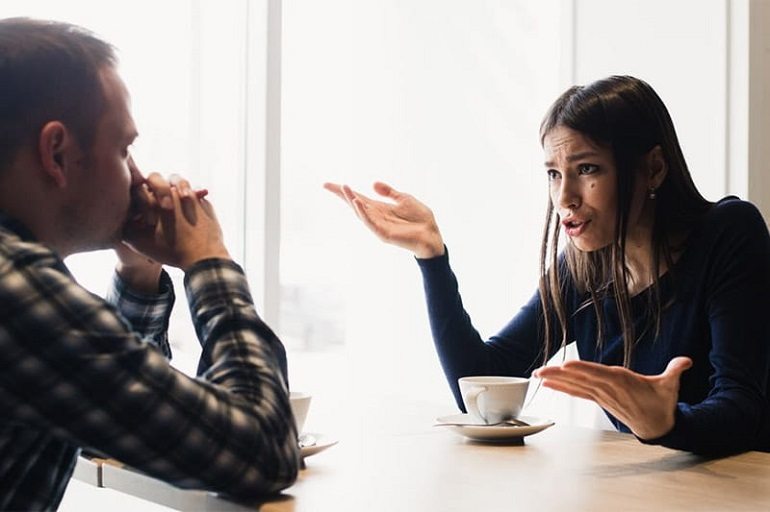 Question: My ex ended the relationship two weeks ago saying he can not make me happy. I’m self-driven, he prefers to think about things for long periods of time. He told me when breaking up that he has not been happy for a long time because I keep complaining about his inaction. He also said he has done things he did not want to because I pushed him to. He was talking about a trip we took which we had planned for months. We had a good time so I was surprised when he said he pretended to be happy for me. I love this man so much and want to marry him. We talk 3 times a week and just yesterday he told me I need to stop pushing him to get back together. Right now, I’m putting in all the effort and I’m afraid that if I don’t contact him, we will grow apart. Advice Please? Tnxs.

But I guess in your case it’s easier said than done. If it was that simple, you probably would not be pushing him to get back together..

I think that you have confused “stop pushing him’ and “stop contacting him”.

He is not complaining about you contacting him, and there is therefore no reason why you should stop contacting him. What you will be doing stopping contact when he does not have a problem with it is pushing him to do something he does not want to do, and proving to him that you have not changed, and may never change.

What he wants you to stop doing is asking to get back together.

Someone who has not been happy in the relationship for a long time isn’t ready to jump back right in only two weeks later. And you said it yourself, you are self-driven and he prefers to think about things for long periods of time.

Being a self-driven person is an admiral trait, but as the word says, you drive “self” not drive others. If you have been “driving him” and making him do things he did not want to, it explains why he wasn’t happy and wanted out.

You obviously have attachment anxiety that’s why him needing to find his own happiness feels like a threat to the future of the relationship. It’s what’s making you feel that “stop pushing’ means “stop contact” and stopping contact means you will grow apart.

What you need to do, starting now is not ask to get back together. Keep talking 3 times a week but not about getting back together, instead focus on:

1. Strengthening your emotional connection and bond
2. Creating new and better/positive memories
3. Showing him that you have changed

You can’t show what’s not there, invest the time you spend pushing him to get back together on making the necessary changes that will make the new relationship happier for him, and happier for you.

It’s important that you keep talking because this is the only way he can see that you changing. People easily believe change they can see happening than when you reappear a month or months later claiming to have changed.

Keeping the lines of communication open also gives you the opportunity to build up momentum (i.e. increase the amount of times you talk from 3 times to talking daily and even serval times, eventually going out on dates and spending time together), which is impossible if you are not in contact.

In keeping the lines of communication open you will be creating a new experience that’s different from when he was ‘not been happy” and you were pushing him to do things he did not want to.

Last but not least, in keeping the lines of communication open and spending time together, you will be test-driving the new relationship to see how it feels like and what still needs work before you actually get back together (and end up breaking up again).