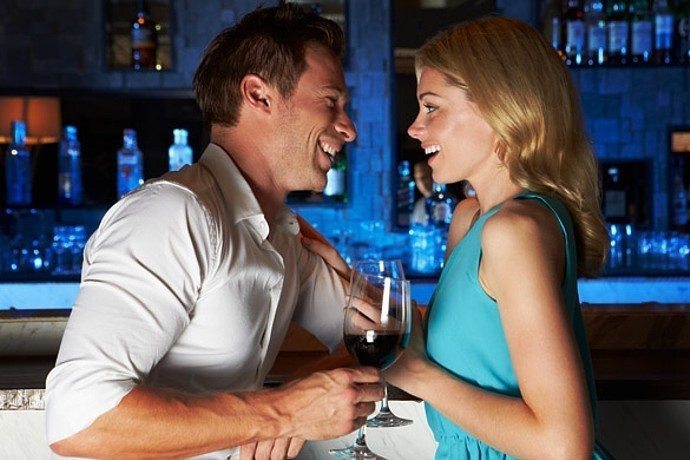 Question: I’m 28 and he’s 37. We met at a bar. The chemistry was instant. I felt that we made a strong emotional connection and really saw into each other’s soul. We talked about things we’ve never told anyone else. By the end of the night we were kissing and making out with some heavy hands on. We exchanged phone numbers and have been texting like crazy. I know it’s too soon to think that he even loves me but I feel there is something so strong between the two of us.

My friends think it’s too good to be true. They may have a point but I also think they are looking out for me. I’m writing to you for an objective insight and may be you can tell me if this is real and if so, how should I proceed.?  Please be brutally honest. I don’t expect any less.

PS: He and I will be going out for drinks this weekend. We both are very busy professionals and can only spare the weekends, so it’s not like we’re avoiding each other. Just thought this additional detail will help give a better picture of the relationship.

Yangki’s Answer: Instant chemistry, it definitely seems like it. You guys sure hit it off “like crazy”… lol

I suggest you put the “emotional connection” thing on question mark until you’ve known the guy a little longer. Anyone can seem “perfect” in a bar especially after you’ve had a few down — and there is making out and heavy hands on.

Meet him a few more times including during the day. That may be hard to arrange, but it’s also a test of where each of you is on the other’s priority of things to do and people to see. If you’re not on someone’s priority list right from the beginning, experience shows that you’ll never be.

Spend some “no drinking” times with him and see how he listens to you, talks to you and responds to you on all levels. If you put the “chemistry” aside, how comfortable you are with each other during “downtime” is a good predictor of lasting attraction.

I also suggest that you dig deeper and ask him some very personal questions, something beyond the information he offers so readily. I’m not saying I know for sure that he’s told you some “untruths” but it doesn’t hurt to verify some things by asking in depth questions. It’s only a naive person who believes everything they are told — especially in a bar by a total stranger looking to get laid.

For your sake, I hope this turns out to be true — and good!