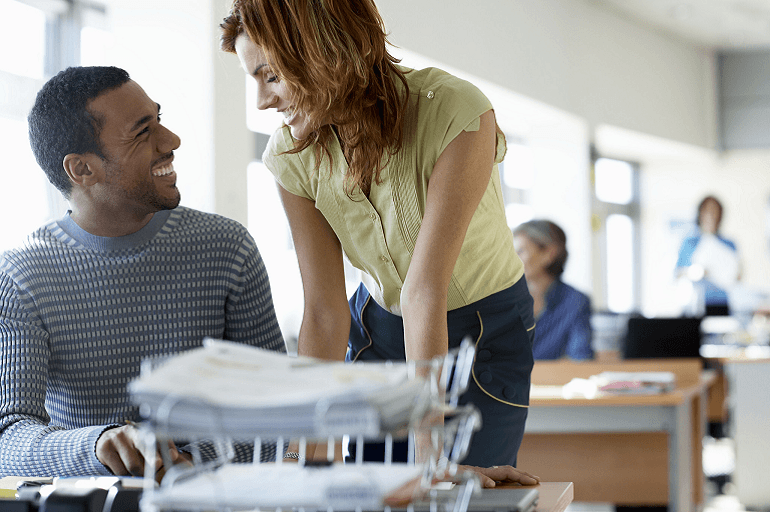 Question: I’m in love with a shy man at work. I’ve been flirting with him, asked him a lot of questions, offered him gifts and asked him to help me with something at my house, which he did. But unless I start talking to him, he never initiates a conversation. I think he likes me but wonder if he thinks I could never like him because I am out of his league. I am college educated, he’s not.

Yangkis’s Answer: You have shown him that you’re interested in him — may be even a little “too much too soon” (e.g. offering gifts).
There are so many possible reasons why he is acting that way, and I can’t say one way or another for sure because I do not know much about this guy (every guy is different).

If you’re interested in him and believe he is worth it, let him know how you feel. Tell him you like him and enjoy his company and that you would like to get to know him, spend time with him explore where things can go.

As for the “out of his league” it may just be what you think and not what he thinks. Just because he never initiates a conversation doesn’t mean he is shy or has low-self-esteem. He could be an introvert with very high self esteem, one of those people who doesn’t put very high priority on relationships, or takes his time to warm up and open up to someone he’s interested in, It could also be that right now he isn’t into you, but coud if he gets to know you.

The point is, you’ll never know unless you talk to him. Of course there is a risk to talking to him, but so is not talking to him. At least you know what he thinks than torture yourself with why this? why that?