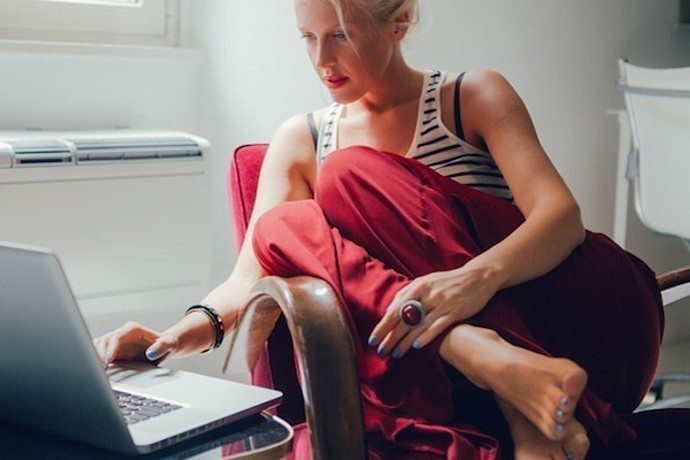 An attractive co-worker or even perfect stranger says “hi” to you and you automatically start obsessing and analyzing every little body language. Why did she touch her hair; what does it mean if she also uncrosses her arms; is there a future for the relationship etc.

A guy you’ve gone out with only three times isn’t acting like his usual cheerful self and you conclude he is distancing because he’s falling in love; may be he wants to break up because he has commitment phobia.

An ex who you texted, emailed and called so many times but never returned your calls, texted nor emailed you back no matter how much you pleaded with him or her writes on your Facebook wall and you automatically conclude your ex misses you and wants you back.

Reading between the lines and analyzing information we receive is an intrinsic part of who we are as human beings. But sometimes, some people take it too far — some to an insane and ultimately unhealthy degree.

They obsessively go over and over and over every word in the conversation … why did s/he say/do that… what did s/he really mean when s/he said/did this. They drive themselves crazy worrying and stressing over small things and waste so much time over nothing.

Something that is so simple and straightforward becomes so ridiculously complicated.  Some people so over analyze that when they eventually decide to act on what they think the other person said/meant everything goes wrong because what they’re acting on is a reality they made up all on their own. Somewhere in the over analysis they completely lost touch with what was really said or what really happened.

Reading too much and too far into every single little thing can end up costing you the relationship. If you’re one of those people who tends to over think your relationships, one of the things you can do is seek professional help to try to help you stop the behaviour. The other thing you can do instead of trying to stop the behaviour, train yourself to direct it into a creative outlet.

1. Stop looking for hidden meanings and messages that are not really there

Not everything someone says or does has “hidden” meanings and messages. Learn to take people’s words and actions at face value a little more. You don’t have to stick your head in the sand or “dumb down”, just stop trying to read more into everything.

If someone says they’ll call you, over analyzing what that really means won’t make a difference as to whether they’ll call or not. If your ex says “I love you but not in love with you” trying to convince yourself that they don’t mean what they’re saying or that they don’t really know what they want won’t change how your ex feels.

2. Slow down and take things one day at a time

People who over analyze, over think stuff, engage in mind-reading, second-guessing, reality altering  are often too focused in the past or so far into the future that they ignore, hide from or forget about the present. Their minds are light days/weeks ahead of the present reality.

If this is you, learn to take one moment at a time and one day at a time as nobody can predict with 100%accuracy what will happen or not happen. There can and there will always be another perspective, reason, explanation, interpretation or something that will happen that you may have not even thought of. When the future you dread so much comes, you may find that it’s not as bad as you had imagined in your head — and you may have read into a situation something that isn’t there.

It’d be great if we could think up everything in advance to get the outcome we want or avoid those things we don’t want to happen. And it would be great if we could turn back the clock of life and un-say or undo some things. But we all know that’s not possible. So learn to trust the unknown a little more. Whatever happens will take care of itself if things are kept positive and realistic.

3. Step back and away from your situation and focus on someone or something other than you (for a change)

If you find yourself so wrapped up in clutter thoughts, it’s most likely because you’ve gone far too deep inwards and are far too focused on you in an unhealthy way.

Focusing less on what’s going on in your mind and more on what’s going on around you keeps you present. Spend more time with friends and family, help someone else, join a cause that stands for something truly meaningful etc.  The more of yourself you share with others, the less time you have to turn in circles in your head.

Am I Overthinking And Overanalyzing My Ex’s Words And Actions?