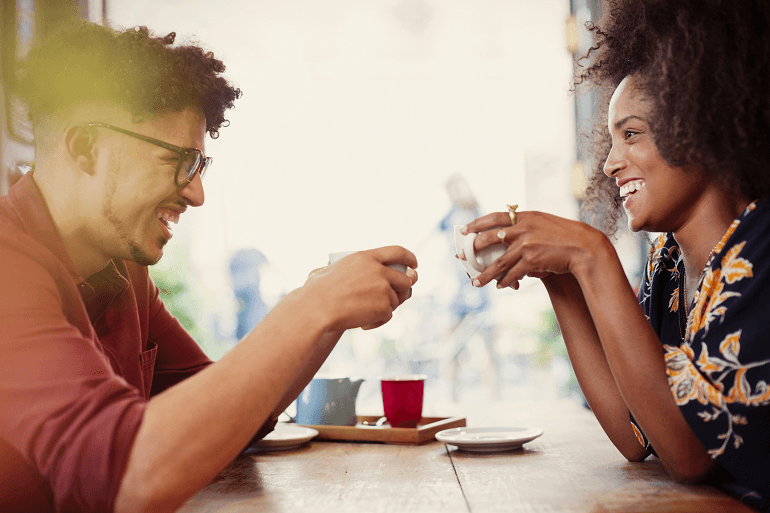 What is she doing?

She not only making an emotional connection with her audience, she’s bonding with them. But it goes beyond emotional bonding, she’s creating an “emotional brand” that when she is mentioned or thought about – the warm fuzzies that all of us hope we evoke in others come flooding in real time emotion.

How does she do it?

She’s making the audience part of the story in what is called “call and response”. Musicians and performers do it, successful authors do, charismatic politicians and some of us do it without even being aware that we’re doing it. We just know that we have songs, jokes, words etc that are “our thing” (between the two of us or group) but don’t know (and don’t think about) how it became “our” thing.

By making her audience co-creators of the story, the storyteller artfully creates that sense of “we’re in this together” and her audience feels that they are. Her story in now “our story”.

But more importantly, by provoking her audience to think and ask themselves what is true and what is false, she brings the story to life — to the present, to the NOW. It’s no longer some story of two thousand years ago, but an experience — shared in real time.

This is a deep contrast to the commonly practiced style of communication many of us are used to and many of us use. I am not just talking about words, rather the “I’ll tell you my story and you listen to me” communication style that is heavy on “you vs. me” or “us vs. them” and rather flat on “we”, “our” and “us”.

There is no intention or effort to emotional involve the listener or invoke real time emotions. And you wonder why after “sharing your story”, it still feels like it’s your story and not “our story”. The other person listened (or pretended to listen), nodded here and ther or may be offered some advice or a few words of empathy and/or encouragement, and even laughed at some of the funny parts of the story, but stayed emotionally separate from the story – and from the story teller.

The story remains the story you told me, the story I heard, but never “our story”.