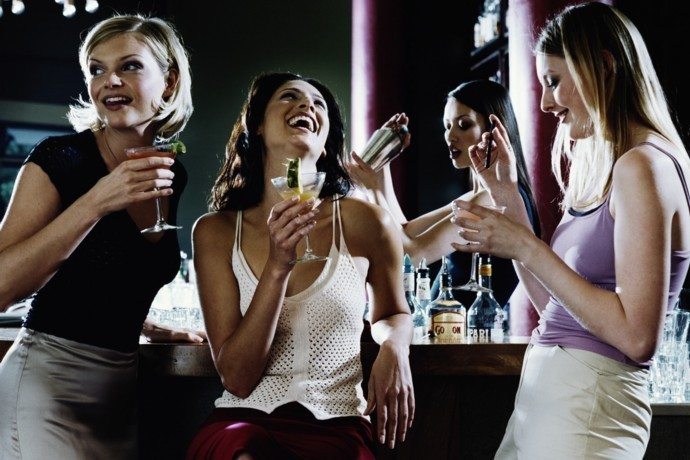 The most asked question by women of all ages is: “Is he in love with me?”

I have a different take on what is “love” and what is not, but for the sake of answering this question, I’ll use the word “love” to mean romantic attraction and sexual chemistry.

Romantic attraction and sexual chemistry happens for a majority of men in three stages and in real life, this can be a little bit confusing for us women because romantic attraction and sexual chemistry happens for most of us in two stages: first when we meet him and decide he deserves a chance to try to “make us fall in love” and secondly, when we have collected enough evidence for falling in love with him.

Even if the process of “falling in love” happens to us in only two stages, it is actually much more difficult for us women to “fall in love” than it is for men to fall in love. I am sure, this is news for some women, and even hard to believe for others. So let me try to explain how easy it is to increase chemistry with a man if you know what you are working with and what you are up against.

1. The first stage of “falling in love” for a man is instant: fast and furious

Unknown to a majority of women, men fall in love at first sight even more frequently than do women. Research shows that within the first fifteen seconds, a woman will have decided (sub-consciously) if she will give a guy a chance to try to “make her fall in love” or not. In the same amount of time, a man will have decided if he is “turned” on by how a woman looks or not.

Yes, I know, I know, this is not fair. But despite our lofty notions of “appreciate human beings for their character rather than for their looks”, nature has programmed our brains (more programming on men’s brains) to select out and respond to stimuli as sexually compelling or repelling simply based on good reproductive sense – who is best suited to carry on our gene, and legacy.

While women use visual, emotional and safety (including financial) cues to assess a man’s desirability, over 90% of a man’s decision at this stage is purely based on visual cues. When his eyes lock on to a woman for the first time, they lock on to her visual presentation. Whatever he recognize as “suited to carry on his gene, and legacy”, that’s what he focuses on, admiring and lingering on its details. Some men get super glued on boobs, others on booties and others on legs etc. Physical features and bouncy behavior that suggests youth, health and vitality place one woman ahead of all the other pack. And if you are attentive and not trying to delude yourself or force a relationship to happen, you will know when a man is visually attracted to you. HE WILL TELL YOU – in very specific verbs and he simply can’t take his eyes off you!

Keep in mind that at this first stage, it’s just pure sexual chemistry. At this stage you are still dispensable and interchangeable. You’re still just another woman in the pack, and he is still very much attracted to several other women at the same time. But just because this stage is very much based on “animal” instinct does not mean it is not very important. How physically attractive a man finds you determines how much time he’ll want to spend with you, and later in the relationship “looks’ confirm to him again and again why he finds you attractive. If a man is not physically attracted to you, trying to make him “fall in love” with you is like trying to wake up a dead horse – you see and believe what you want to see and believe.

2. The second stage of “falling in love” for a man is when he begins to see you as unique and special

He may still be visually attracted to other women and you may be the woman with the “less than perfect” body but there is just “something about you” – and it is driving him nuts. It can be the way you talk or the way you laugh or the way you think or your enthusiasm and passion, or whatever it is you do that makes him think you must feel more deeply and experience life more profoundly and therefore you must be more delightful to be with. He feels more energized just by being around you which in turn makes him feel good about himself and about life in general.

At this stage, like his counterparts in the animal kingdom, he begins to mark his territory. He pays more attention to your needs, spends more time with you and is over protective when other men try to make a move on “his woman”. In other words, if you are with a guy who still wants to keep it “an open” relationship and does not mind you dating other guys, then he still has not reached this stage of attraction. He (and you) are pretty much still up for grabs.

Are there things you can do to intensify attraction in order to speed up the process? Yes. There are many things you can do, and discussing them requires me to write another article. The bottom line is, the more positive (happy, deep, and moving) and less negative (painful, stress-full, dull, and “full of yourself”) experiences he shares with you, the more likely he is to look at the future with good feelings about you.

RELATED: How to Be Unforgettable And Make Your Ex Think About You Often

3. The third stage of “falling in love” for a man is when he has convinced himself that he is a happier and more fulfilled person with you in his life than when by himself

He feels he is with the right woman at the right time, and at this stage, you will not even be asking the question “Is he in love with me?” because you will know. He will have NO problem declaring to you how he really feels. He might not always use the words, “I love you,” but he manages to get his point across. He is strongly attracted to you to want to start the breeding process or if he is past “breeding”, he is attracted to you enough to want to “settle down”. Keep in mind that in this age and time “settle down” does not necessarily mean marriage to all people but it simply means “I AM WITH THE ONE” (which is the title of my upcoming book).

This feeling of “I AM WITH THE ONE” is not the same thing as when he feels he “needs” you (see my article: How Do You Know If He or She Loves You Or Just Needs You?).