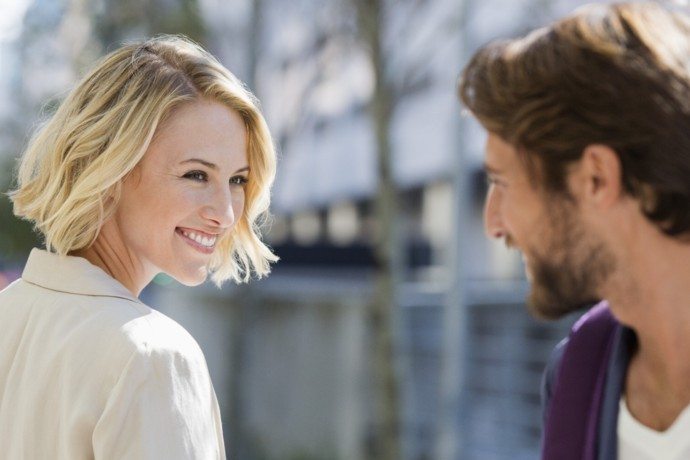 The study involved 96 male 103 female undergraduates, who were put through a “speed-meeting” exercise — talking for three minutes to each of five potential opposite-sex mates. Before the conversations, the participants rated themselves on their own attractiveness and were assessed for the level of their desire for a short-term sexual encounter. After each “meeting,” they rated the partner on a number of measures, including physical attractiveness and sexual interest in the participant. The model had the advantage of testing the participants in multiple interactions.

The results revealed that men looking for a quick hookup are more likely to overestimate the women’s desire for them. And men who think they are hot also think women are hot for them. Interestingly, the men who were actually attractive, by the women’s ratings, did not make this mistake. The more attractive the woman was to the man, the more likely he was to overestimate her interest. And women tended to underestimate men’s desire too.

“There are two ways you can make an error as a man,” says Williams College psychologist Carin Perilloux. “Either you think, ‘Oh, wow, that woman’s really interested in me’ — and it turns out she’s not. There’s some cost to that,” such as embarrassment or a blow to your reputation. The other error: “She’s interested, and he totally misses out. He misses out on a mating opportunity. That’s a huge cost in terms of reproductive success.”

The researchers theorize that the kind of guy who went for it, even at the risk of being rebuffed, scored more often — and passed on his over-perceiving tendency to his genetic heirs. The casual sex seekers “face slightly different adaptive problems,” says Perilloux. “They are limited mainly by the number of consenting sex partners — so overestimation is even more important.” Only the actually attractive men probably had no need for misperception.

The research contains some messages for daters of both sexes, says Perilloux: Women should know the risks and “be as communicative and clear as possible.” Men: “Know that the more attracted you are, the more likely you are to be wrong about her interest.” Again, that may not be as bad as it sounds, she says — “if warning them will prevent heartache later on.”

The study is entitled, “The Misperception of Sexual Interest.”