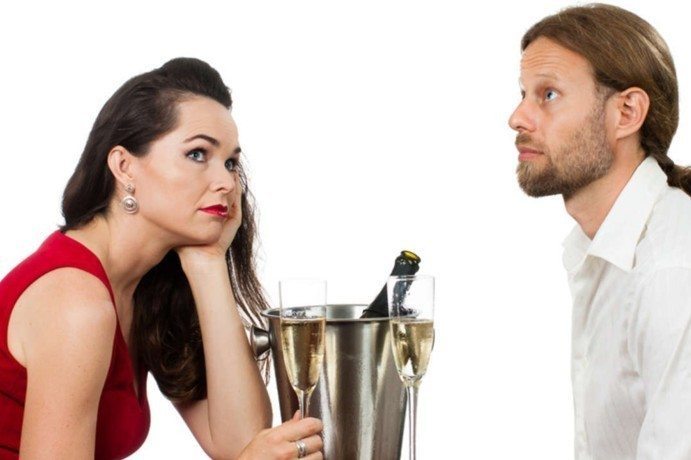 How do long you wait for someone to commit; and what do you do if they don’t commit within a certain time?

But first, what defines “commitment”? Difficult question! There are probably as many answers as there are couples and individuals in partnerships.

Some ways the word “commitment” has been used include:

As you can see, everyone’s commitment expectations are different; and that’s perfectly fine. But whether commitment to you means a marriage ceremony or a verbal agreement to be exclusive, one thing is for sure: commitment is less about ‘how long” and more about what one needs from the relationship to feel it’s a committed relationship.

It’d be nice if you’ve been with the same person for a certain period of time, things “naturally” progress into a committed relationship.

We all know too well that in real life that’s not what happens. What happens is that one partner finds him or herself feeling committed; but doesn’t sense the same level of commitment from the other person. Getting the person who isn’t ready to commit or resists commitment to commit is probably one of the most difficult things to do.

It’s tempting to tell the other person to get on board or get out; but this usually doesn’t work. People in general resent being pressured to commit to anything; when pressured, they leave or try to undermine the relationship. Just as you can’t insist that someone love you or love you back; you can’t insist that someone commits to you. To insist or try to force a commitment is to court unhappiness, pain and a broken heart.

What do you do when you’re ready to commit and they’re not?

There’s no hard rule for when a relationship should move from one stage to the next. But if your relationship has been stable for some time but things just aren’t moving forward; it’s time to take matters into your own hands.

An honest, realistic and open inventory of the situation would include among other things finding out what the other person is worried or concerned about. Most men and women have good reasons for resisting commitment. Some may be consciously aware of their reasons and others have no clue themselves.

If their fears are unfounded, then reassure them. If you don’t understand what they’re saying, ask them to explain. Don’t assume you know what they’re most worried or concerned about. Ask, listen, and show empathy towards their worries or concerns.

When someone is allowed to talk about their fears and reservations in a supportive and safe environment; without being attacked or judged, they’re more likely to see that their fears are unfounded.

It’s also possible that the other person is comfortable with the current situation and feels that a commitment will change things; and even spoil them. If they think the uncertainties, risks and what they have to give up outweighs the benefits of a committed relationships; they’ll be disinclined to the change commitment brings.

Show what they gain by being in a committed vs. uncommitted relationship

The best thing you can do in this situation is to explain in words and demonstrate in actions what’s in it for them personally. They need to:

It’s important to remember that while resistance to commitment can sometimes seem like your world has come to a standstill; resistance to commitment can also be healthy. It can act like brakes slowing you down and allowing you to see things more clearly (is this person right for you); and also manage the process at the pace that is comfortable to you emotionally and financially.

That said, it’s not a very good idea to allow the relationship to stand still for far too long as things might just get too comfortable to change.

9 Strong Reasons To Want To Be In A Committed Relationship

3 Steps to Get A Commitment Phobe To Commit Quicker