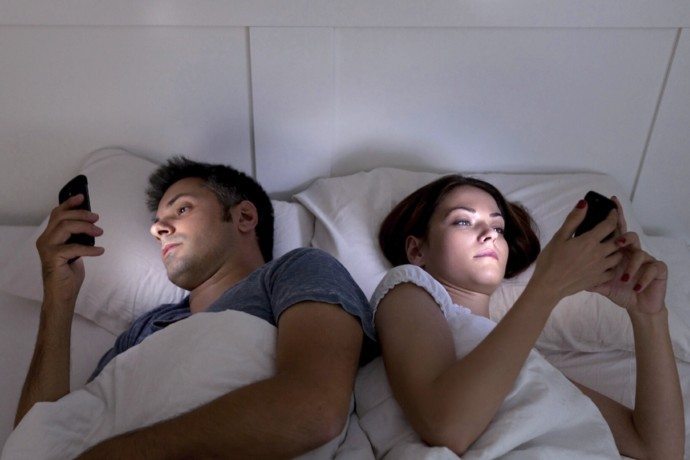 The study, published in the CyberPsychology and Behaviour journal was inspired by stories Muise heard from friends and students.

“Curse that Mark Zuckerberg for creating this online crack! No matter how you try to fight it, Facebook keeps calling you back… and that’s the problem. The more time people spent on Facebook they more jealous they were. Even after Muise’s experiment controlled for factors of trust, self-esteem, and relationship commitment, “… time spent on Facebook was still a significant predictor of the experience of jealousy,” Muise said. It’s a strange concept, but if you want to avoid some of the jealousy in your relationship, you’ll have to give Facebook a bit of a rest.

2. It’s too easy to reconnect with exs

“Even though she told you she was still really close with her ex-boyfriend before you started dating, you didn’t think you’d be seeing his picture on her wall more than your own! While it may be frustrating, you’re not alone. Muise found that over 80 per cent of Facebook users add previous romantic or sexual partners. Before Facebook, if your girlfriend wanted to communicate with her ex you didn’t have to know about it, now it’s there for you and all her other friends to see.”

“In this information age not even relationships are spared. Gone are the days when lipstick on the collar was the only sign your mate was being unfaithful. Now the information practically comes to you. All you have to do is log on. The ‘tagged’ pictures, the ‘liked’ statuses, and the shared plans for this weekend could all potentially trigger feelings of jealousy.” “Facebook is a forum that can expose individuals to more information about their partner than they may otherwise have access to” Muise said.

More over, on Facebook, “there’s less context,” Muise says. “Sometimes there’s none.” And in addition, Facebook allows you to monitor your partner’s activities without being detected. With other social networking sites, you’d need a password to see all that Facebook tells you for free.”

4. It appeals to women, to their chagrin

“If you think your girlfriend hasn’t seen something on your Facebook profile, you’re wrong. Not only has she seen it, she’s already become enraged, discussed it with her girlfriends and is waiting to confront you about it. Sorry ladies, but those two X chromosomes don’t work in your favor when it comes to Facebook. While Muise and her colleagues found that women are not more jealous than men, they did find that women spent more time on Facebook than men. Which means their relationship jealousy was more likely to be ignited by Facebook than a man’s.”

“Before you blame all of your failed relationships on Facebook, just wait. If you thought your kindergarten girlfriend was cheating on you because she shared her chips with another boy in your class, the green-eyed monster may just reside in your DNA. At the end of the day Muise and her colleagues recognized that other factors like the dynamic of the relationship and one’s own propensity towards jealous behavior could also make them Facebook jealous.”

One respondent summed up the problem: “I was already a bit jealous and insecure, but I think Facebook has definitely made me much, much, much worse.”