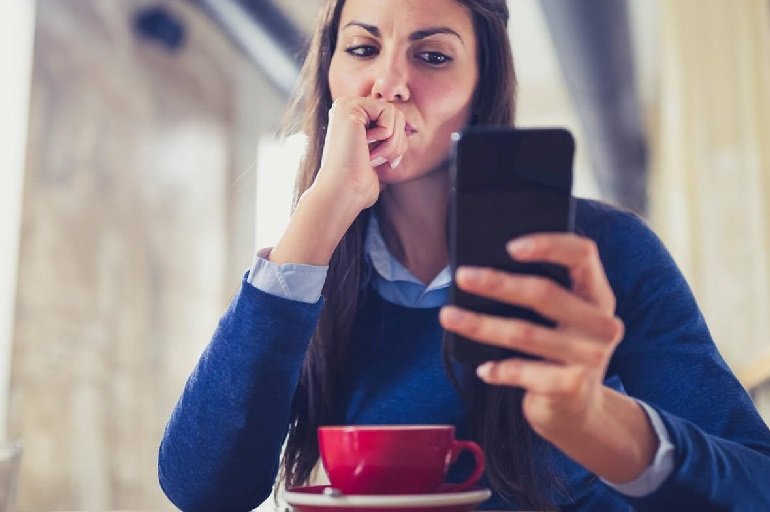 Should you reach out to a dismissive avoidant ex?

If they don’t reach out and you don’t reach out, nothing happens. You go your separate ways not knowing what could have happened had one of you reached out and kept the lines of communication open.

Is it chasing a dismissive avoidant if you reach out?

You’re not chasing a dismissive avoidant if you reach out and they respond and engage in conversation. The problem is that most avoidants, even those who are interested don’t always respond and may not show interest in the initial stages of trying to get them back. It can feel like you’re chasing an avoidant when you’re the one reaching out, starting conversations, and asking to meet 100% of the time. It’s hard to tell if an avoidant ex has lost feelings for you, isn’t interested and has moved on or if they’re just being an avoidant.

The good news is that an ex showing little to no interest early in the process does not always mean that they lost feelings for you, are not interested or will not come back. Most people after a break-up protect themselves from getting hurt again; and sometimes this looks like an ex is not interested or has lost feelings.

Do avoidants want you to reach out?

Trying to figure out if an avoidant wants you to reach out is further complicated by the fact that fearful avoidants want you to chase them to show you miss them and want them back. When they pull away to see if you will chase them, it can feel like a fearful avoidant is not interested or pulling a slow-fade. But just when you think they’re not interested and stop reaching out, they hit you up and draw you back in. They may not even want you back but want you to chase them because it makes them feel they’re worth of love and attention. And some exes use pulling you close and pushing you away to control how things progress; and even to control you.

A read on how a dismissive avoidant ex feels about you after a break-up is even harder. And as if that is not hard enough on it’s own, many dismissive avoidants are friends with most of their exes. You don’t know if they still have feelings for you and are interested, or if they’re acting friendly and polite to avoid any awkwardness or confrontation.

And because a friendship with an ex requires less commitment and doesn’t have the same expectations and requirement of a romantic relationship, most dismissive avoidants seem more open and less avoidant. They’re not obligated to act in a certain way with a friend as with a romantic partner, this works perfectly for a dismissive avoidant ex. They can go for months without speaking or seeing a friend and it’ll not significantly affect the friendship; something they can’t do in a romantic relationship and hope to maintain the relationship.

How do avoidants feel when you reach out?

Keep these two things in mind when reaching out to a dismissive avoidant ex.

They don’t like you reaching out to pressure them into doing things they’re not comfortable (e.g. more contact, communication or closeness). They also don’t like you reaching out for reassurance that things are going somewhere; to a dismissive avoidant ex this feels like they’re being chased. You want something from them that they’re not ready to give you or want to give at the time. And you may be asking a dismissive avoidant ex to give you what they’re incapable of giving you. When they feel the pressure (real or imagined) to give, it feels like you’re chasing them; and dismissive avoidants really, really don’t like to be chased.

If you have an anxious attachment style, it means that you obsess over relationships and become preoccupied with your ex after a break-up. It also means that you struggle with accepting that your ex isn’t fixated on you the way you’re fixated on them. This fixation with an ex is what causes you to chase people who don’t want to be chased; and push away those who care about you but don’t want you chasing them.

Chasing, longing, yearning or pining after someone comes from the same place as “needing” someone. Dismissive avoidants learned from a very early age that needing someone is a weakness. When you need someone or show them that you need them, you make yourself vulnerable. They may use your need for them to manipulate or control you. This is the psychological script that drives a dismissive avoidant’s determination to be independent and self-reliant.

When a dismissive avoidant sees you acting like your happiness depends on them, they see weakness; they see someone who can be easily manipulated and controlled and it turns them off. They’re no only uncomfortable with someone being so vulnerable or showing so much vulnerability, they also don’t want that kind of vulnerability directed towards them.

Any communication that looks like you’re seeking validation or approval from a dismissive avoidant comes across as depending on them for your happiness; and consequently chasing them. This includes apologizing too much and unnecessarily, fishing for compliments, changing your views to match theirs, pretending to understand or be interested what they’re saying, acting timid and scared (not assertive enough) to express your thoughts or ask for what you need.

So yes, reach out to a dismissive avoidant ex because if they don’t reach out and you don’t reach out, you’ll go your separate ways not knowing what could have happened had one of you reached out and kept the lines of communication open.

How many times should you reach out to a dismissive avoidant ex?

Reach out to a dismissive avoidant ex at least two times and if they don’t respond after two attempts, stop reaching out. Wait a reasonable amount of time and then try reaching out again. If a dismissive avoidant ex is still unresponsive, don’t reach out again. You’ve shown them that you’re interested, and if they’re interested, they’ll reach out to you.

As mentioned above, in the initial stages of trying to attract back an ex, you may find yourself doing 100% of the heavy-lifting. That’s expected. But if you’re doing all the right things, by 4 – 6 weeks, you should things start to balance out with your ex putting in some effort. The amount of time and effort they’re putting in should increase over time for it not to feel like you’re chasing a dismissive avoidant.

Friendzoned By My An Avoidant Ex Or Starting As Friends?