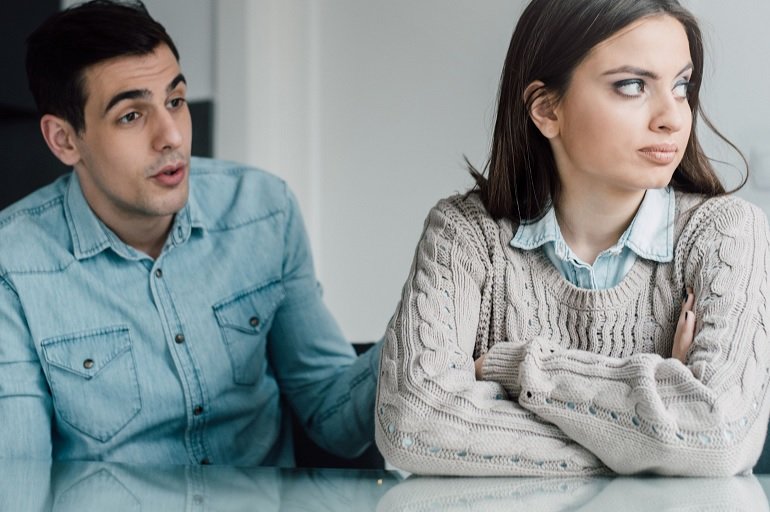 Question: My avoidant ex doesn’t want to talk about the break-up. She seems to only remember the problems we had; and gets angry when I bring up the break-up.

I have been working on getting back together for over 4 months and thanks to your book and site, things were going really good up until about a week ago. It started when she said something and I said her recollections of what happened are not accurate memories of the relationship as a whole. She said she didn’t wanted to talk about the relationship or the break-up anymore.

She seems to only remember the problems we had and gets angry when I bring up the good times we had together. We have known each other for almost 4 years and had some really great times, it’s hard to forget stuff that you want to remember and keep with you.

Now she says she thinks it’s best if we stop trying to get back together because it will never work between us. She want to be friends and that’s all. I worry that if I do not try to get her back and more time passes, she’ll move further and further away from me. I’d really appreciate your insights on my situation.

Yangki’s Answer: Avoidant exes in general do not want to talk about the break-up; and fearful avoidants tend to focus on only the problems and went wrong in the relationship. As discussed in the short video below, avoidants get angry because of the guilt and regrets they have about what went wrong.

If your avoidant ex doesn’t want to talk about the break-up, don’t bring it up; or try to force her to talk about it. I understand you don’t want to forget the good memories; but if this is the end result, it doesn’t make sense to keep bringing it up. If it means that much to you to keep the good memories alive; keep a journal, scrapbook or something. May be at some point in the future, she will be more open to sharing these memories with you.

Of course talking about the old relationship would help identify and resolve those unresolved issues; but that doesn’t seem like an option since she does not want to talk about the past. Pushing it will only make things worse.

My advice is for you to set up a meeting to talk. Ask her what if anything needs to be changed or improved to make this work. Try as much as possible not to focus on these as “problems” but rather as challenges to be solved.

Why is this important?

When we hear the word “problem”, we mostly think of a “difficult thing or situation”; and if your ex is an avoidant, talking about a relationship “problem (s)” is stressful and even depressing because it brings up in them feelings and emotions they often do not want to feel or deal with.

Try using the word  “differences” instead of problems. It doesn’t really change what needs to be talked about, resolved, worked on, changed or improved; but it can make a huge difference in attitude and energy. “Differences” not only removes blame from the situation; it also makes things sound more manageable.

For an avoidant, talking about differences of opinions, perspectives or experiences doesn’t involve a lot of “feeling” or emotions. It’s a more logical, rational and practical conversation which (if they are willing) is easier to have. They don’t have to talk about how they feel, just what they think. If you really think about it, at the end of the day, it won’t make much difference because you get to ‘talk” about what they would have avoided taking about.

I wouldn’t worry too much about the more time passes the further away she’ll move from you. If she doesn’t feel like it’ll work, it doesn’t matter how much time passes she will still not want to get back together. For now, give your relationship a decent chance by keeping your focus on why she thinks it’ll not work and showing her that it can. The time thing will take care of itself.

Do Exes Remember The Good Memories Or The Bad Memories?

Absence DOES NOT Make Your Ex’s Heart Grow Fonder

How to Take Responsibility For The Break-Up

Should You Block Your Ex On Social Media, Why And Why Not?