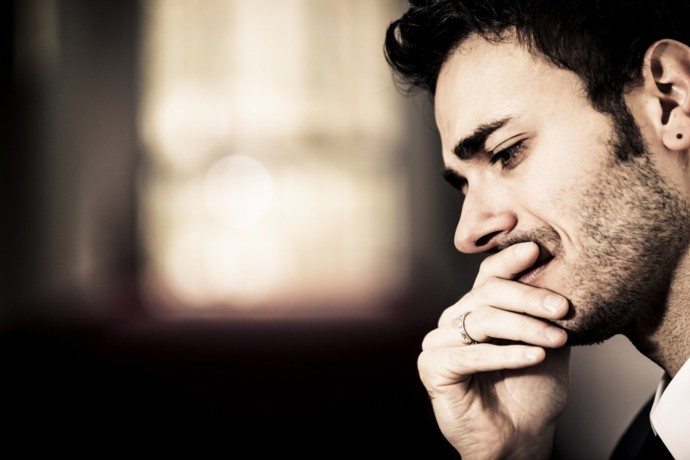 Question: I’m a male in a relationship that is going south fast. We’re always fighting and breaking up because she says I don’t open up and share my feelings with her. She takes it personally when she asks me what I’m thinking and I can’t come up with an answer or at least the one she wants to hear. I’ve told her it’s very difficult for me to talk about my feelings because growing up, I was told that is not a man thing to do. There have been times when I really want to open up to her but don’t want her to think of me as sissy or something worse. How can I make her understand that I love her so much but if things don’t change, we may have to go our separate ways.

Yangki’s Answer: I agree that most women can’t understand how difficult it is for a man to open up and allow himself to become emotionally vulnerable. They use nagging, head games, anger, threats or withdrawal of their love and sex to try to reach a man or get him to emotionally open up. What they don’t understand is that these tactics only re-affirm a man’s reasons for staying emotionally locked. Why would he trust his vulnerability to someone who harasses, manipulates, threatens and punishes him for not giving her what she wants when she wants it?

That said, it’s really up to you to try to make this relationship work, if that’s what you want. I have some advice for her too on how to create emotional safety in the relationship but since she’s not the one asking the question, I’ll limit my answer to what “you” can do for your relationship.

I’m sure at some level you know that you’re missing a lot from a relationship and life in general by shutting yourself in your emotional prison. And you may well have very good reasons to. No question about it, there is emotionally risk to being emotionally vulnerable. There is a possibility that you’ll be ridiculed, manipulated, rejected, hurt, etc. but what you give up locked in your emotional prison is so much more. You can never feel fully emotionally connected to others if you don’t and can’t allow yourself to be fully emotionally vulnerable.

The big step in healthy emotional vulnerability is learning to allow yourself to be known. The next big step is having a conversation with her about where things are and how they can be better. Simply start by telling her exactly what you wrote in your question. But instead of “How can I make her understand that I love her so much but we can’t go on the way things are?” tell her you love her so much and would like for things to be better but you need her help as a relationship takes two to make it work. Tell her you recognize how your inability to share your feelings upsets her. You want what she wants but don’t know how to get there on your own. If she can help you without being critical or punishing you for something you never learned to do, it’ll help a lot.

The third big step is for you to actually start practicing talking about your feelings. A good place to start is talking about your day at work or whatever you do during the day. When she says “How was your say”, instead of saying “it was okay” or “we sold 100 computers” talk about how it felt selling the 100 computers. Use sentences that include “I felt….” Or “I feel….” Then go on to describe the feeling, not what you were/are thinking but what you were/are FEELING.

It may feel awkward at first but once you get into the rhythm of it, it starts to feel really natural — because it is. Don’t be afraid to express what are commonly called “negative emotions” (anger, sadness, worry, etc). Doing so only makes you emotionally dishonest and may create some blocks to a real human connection because as human beings we do feel all these emotions. The important thing is to express them as loving as possible. This is best done in the PRESENT and with calm.  Saying “Right now I feel angry because of …” tells the person why you’re angry and that your anger is a temporal passing feeling. They need to know it’s only a passing emotion.

If you can’t talk about it at the time let them know and try to give a time when you’ll be ready to talk about it.

I could go on and on about “speaking your truth” but then this will become a very long (boring) answer. You’ll just have to wait for my coming book which talks in detail about this particular subject.

At the end of the day, you’re the only one who holds the keys to your emotional prison — and to your happiness.