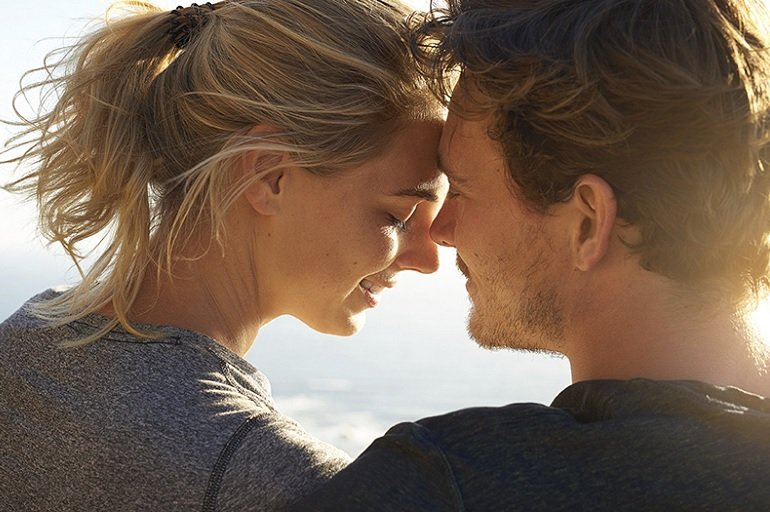 Find a man who calls you beautiful instead of hot. The one who turns to his friends and says, “…that’s her.

A group of friends and I were watching a TV documentary one of my friends put together on sexual selection and consumerism in the twenty-first century. As I was watching the documentary I noticed that when the men interviewed were asked how they’d describe the women by their sides, the words that came up were “hot” and “sexy”. This was the same for 20 year olds as it was for 60 year olds — and of course the women proudly smiled, giggled or laughed.

Out of the 30 men interviewed only two men described their women as “beautiful”, and both men were in their 50s.

I asked my friends if that struck them as “odd”, and one of them simply shrugged his shoulders and aid “Runaway consumerism, it’s everywhere”. The others seemed to agree. But as someone very interested in things beyond the obvious, I felt that there was a deeper and more underlying message in that documentary that wanted to be communicated.

To me this just confirmed what I’ve learned from many years of working in the dating and relationships field. I can tell with 90% accuracy what kind of relationship men and women are likely to end up with if they do not change course — especially their beliefs about the opposite sex and attitudes towards male-female romantic and sexual relationships in general.

When considering a partner for a casual sexual relationship, men (and women these days) tend to emphasize attributes related to sexual desirability based purely on physical appeal or sexual adventure (what they’re into).

When considering a partner for social companionship with or without sex men (and women these days) tend to emphasize attributes related to social and personal appeal (e.g. intelligence, ambition, status, education, connections, conversation skills, ability to get along etc.).

And when considering a partner for a long-term relationship both men and women emphasize attributes that facilitate relationship quality and stability. These include things like honesty, warmth, sensitivity, empathy, trust, responsibility and commitment.

Now, this is where consumerism hotwires our brains, relationship circuits. The words “Hot and Sexy” are the in-words in advertising and every where in the media. We’ve become conditioned to an image of the ideal “hot and sexy” woman which we — most women — want to emulate. Suddenly we don’t want to be beautiful anymore — we want to be “hot and sexy”. But what do these words really mean?

In an article in New York magazine, Ariel Levy, author of the book “Female Chauvinist Pigs” quoting Paris Hilton’s remark, “my boyfriends say I’m sexy but not sexual” wrote, “being hot” is a pose, an act, a tool, and entirely divorced from either physical pleasure or romantic love”. I don’t think I can say it any better than that.

The sad reality is that when a man describes a woman as “hot and sexy” that description is based primarily on how good a woman looks — for sex.

Many men tell me it’s about that “sex-readiness look” that makes a man think “wow! I’d like a piece of that!” That’s okay if you are a casual sexual relationship is what you are looking for. But if you want a relationship with quality and stability, the man who calls you “beautiful” will look at you when you’re ninety and say, “she is everything I ever wanted in a woman”.

I am not saying “hot and sexy” are dirty words. I (think) I’ve been described like that once or twice, and I have to be honest it did kind of feel good. But without honesty, warmth, sensitivity, empathy, trust, responsibility and commitment, it means nothing.

If a guy can’t hang around for a while to see and feel how truly beautiful you are, let Mr. Sexually Immature go with his adolescent mentality. Twenty years down the road he’ll still be just another frustrated sexually immature guy still looking for “hot and sexy”.

20 Statements And Attitudes You’ve Given Up On Relationships