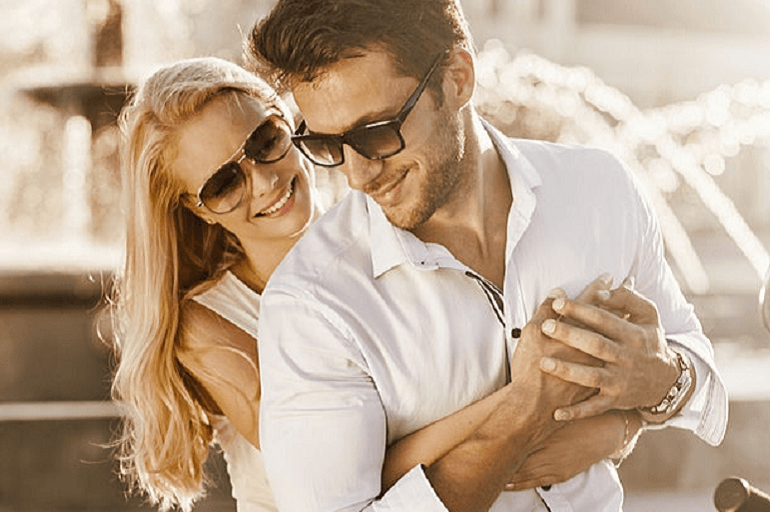 How long you’ve been together in a relationship is a very strong indicator of whether or not you will get back together. People who have been together longer usually have a better chance than those who dated for 3 months or even 6 months. Also men and women who moved too quickly into a relationship, have a slight disadvantage compared to someone whose relationship developed and matured over time.

That’s why it’s important that even when you meet the person you think is “the one”, try to take things slow and not get carried away by the ‘feel good’ feelings of the moment. Instead think of what’s right long term.

This is not always easy if you are insecure, controlling and needy or if you are sold onto Hollywood fantasy- world. You will find it hard to sort through the bullshit and find who is real and who is not, who is in it for the long haul and who’ll run after the first fight, who’ll want to try and work on the relationship and who’ll give up without giving the relationship an honest try.

Usually the red flags are right in front of you, right from the first week of the relationship, but you’re probably running far a head of yourself and therefore can’t see them, or you see the red flags but ignore than, at your own peril.

Even if you are enjoying the attention and flattered by how hard someone is pursuing you, always remember:

There are some exceptions, but these are a rarity than the norm.

A man or woman who right from the beginning overloads you with calls, emails, text messages, etc. is definitely not capable of taking things slow and allowing the relationship to grow and mature. If after the first date it is call, call, email, email, call, text, text, email, text, call, and so on, that person is either desperate, needy, controlling, or has attachment issues (i.e. co-dependency, does not respect others’ boundaries etc).

People with attachment issues are often overly anxious and worried about being rejected. You can spot them early in the relationship when on a first or even second date they are asking ‘When are we going out again? When? When?” They put a lot of pressure on you with their over-eager questions and try way too hard to show you how much they ‘love’ you. If you don’t draw clear boundaries, you soon find that they have not only moved themselves into you life, they have taken over your life while at the same time complaining that you don’t pay them enough attention or spend time with them.

And when you tell them they are “crowding” your space, they take offence, and give you “your space” and/or start what they think is “playing-hard-to-get” when you are not even sure of your feelings for them, let alone if you even want to date them.

If you insist that you just wanted some ‘space” for yourself and didn’t want them to disappear or break-up with you, or if you pursue them, they play hard to get to make it appear like you pursued them, but then turn around and aggressively pursue your behind off.

They push too hard for exclusivity or a commitment and then get upset or break up with you when you say you want to take things slow. Many don’t even have the slightest clue what “taking things slow” means, and some of them don’t think it is important.

These are the same people who break-up with you and then pretend to be having a hard time letting go or getting over you. They keep you on a leash, pulling you close and pushing you away at the same time.

One day they’re breaking up with you and want no contact, and the next, they are texting you and asking you to hang out. And just when you think they are showing interest, they stop responding or want you to move on. A week later they are calling to ask if you are dating anyone, then get upset that you are and even ‘break-up’ with you again, forgetting that they already broke up with you.

As optimistic as I am, and as much as I encourage giving your relationship (and ex), your best effort before quitting, there is very little hope for a long term relationship with people who can’t take things slow and/or don’t think it’s important to take it slow.

As I said, people who attach quickly, attach loosely, and detach quickly. You ignore these red flags at your own peril.