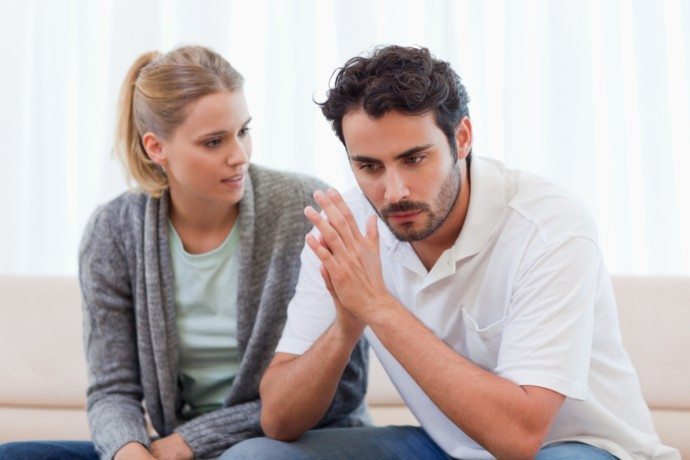 Question: My boyfriend has doubts about marrying me. Very early on in our relationship we discussed marriage many times. He seemed to understand and even agree that that’s where we were heading. We have been together for over two years and there are no signs that we will be getting engaged or married. So last week I brought up marriage. When he said that the relationship is great and marriage is only a piece of paper, it hurt me deeply. That it doesn’t make a difference because he loves me and wants to be with me. I told him to me marriage means a symbol of our commitment to each other. This is when he told me that he just needs time to get to know me much better.

To be fair, his work takes him out of the country several weeks at a time; and we don’t spend that much time together. I can understand that part. But he also said he wouldn’t commit until he was absolutely certain that she is “the one”. What concerns me is that he seems to have changed his mind about marriage; and may be has doubts about marrying me. What confuses me is that he says he loves me, want to be with me and our the relationship is great; but doesn’t want to get married?

Yangki’s Answer: I can see why this is so confusing. It’s one thing if he is putting it off until you have been together a little longer; and he knows you better. It’s another thing if he simply doesn’t want to marry you; or does not completely believe in marriage.

Based on what you’ve said, I take it that he now wants a little bit more time to be sure that when he commits; it’s to the right person. It’s also possible that he just has cold feet and needs some time. Of course he may later on, after knowing you better decide that he does not want to marry you; but right now it seems that’s where he is at . I think it’s fair to give him some time.

But that doesn’t mean you can’t set a time limit for yourself; how long you will wait for him to come around. I think that you should also explore more on his position on marriage in general especially his statement “marriage is only a piece of paper and it doesn’t make a difference”. People just don’t change their mind about what they think about something as life-changing as marriage overnight.

There are many couples in long-term committed relationships who don’t want to get married. Some of these couple have been together a lifetime. It’s really up to you what you want and feel is right for you.

The most important thing to remember is that the reason someone wants to marry you should be because he loves you; wants to spend the rest of his life with you. Some people get married thinking if it doesn’t work out we can just get divorced.  This kind of mindset already guarantees failure.

RELATED: Fear Of Commitment Explained: Relationship Is Not Hopeless