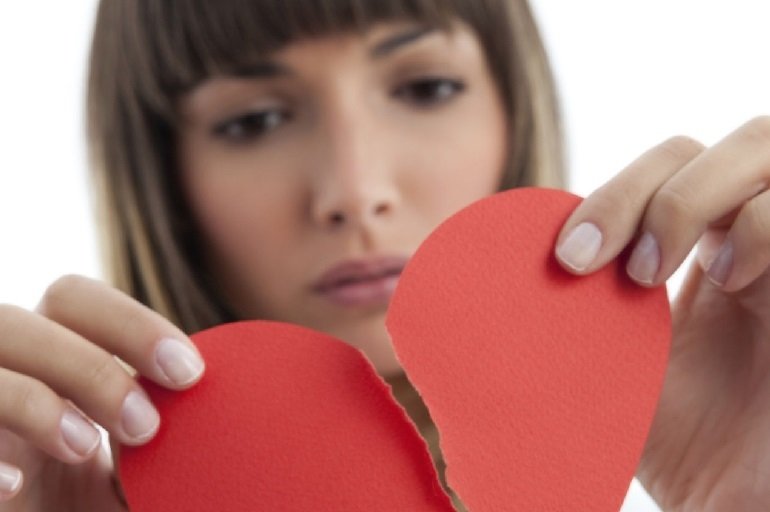 Fearful avoidance more than all the other attachment styles have a tendency to break up with someone they have feeling for or love because they believed that the person was going to break up with them at some point.

Something their ex said or did triggered their fear of rejection and abandonment; and the fearful avoidant pre-emptively ended the relationship. This explains why some people are blindsided when a fearful avoidant breaks up with them. There were no signs and no pushing you away; and it’s not like they planned the breakup. A fearful avoidant kind of panicked and ended things.

The break-up feels like it came from nowhere; but in reality it came from a fearful avoidant thinking that you were unhappy; and you were going to break up with them at some point.

When I ask asked some of my fearful avoidant clients why they just didn’t wait for their ex to break up with them; since they believed their ex was going to break up with them anyway. Some of them tell me they thought about it for a long time because of all the arguments and the complaints from their ex; but being a fearful avoidant, they went back and forth about it. Then in an instant they decided to break up. They’d rather regret losing their ex after the break-up than feel rejected.

Some of my fearful avoidant clients said initiating the break-up made them feel more in control; like they won something out of the break-up since they were the ones to end things. Other clients told me that they thought their ex was unhappy and was going to break-up with them. They ended the relationship first hoping that if they were wrong, their ex would pursue them; and show them that they didn’t want to break-up. If their ex didn’t pursue them it made them angry at themselves; and also angry at their ex for what they perceived as rejection.

Sometimes they don’t actively initiate the break-up, they pull away, push you away, disappear without an explanation or start dating someone else; in a way pushing you to break-up with them. But if they didn’t want to break-up, a fearful avoidant will cut off all contact; and will not respond at all when you reach out as a way of punishing you for breaking up with them. They regret losing you after you break up with them; but a fearful avoidant also wants you to realize what you lost.

But whether you broke up with them or they broke up with you, all fearful avoidants carry some guilt and even regret when a relationship ends.

Most don’t regret the break-up itself and may even feel that the break-up needed to happen. They may regret losing you after the break-up and regret how they acted or didn’t act; and may feel angry about how things ended up the way they did, but they do not regret ending the relationship.

In other words, a fearful avoidant’s regret most of the time is not straight up, “I regret breaking up with you” type of regret; it’s more like “I wish I could turn back time” regret.

Feeling guilt and regret, and sometimes anger goes far back into a fearful avoidant’s childhood; where they sometimes felt that they were responsible for what was happening to them or let it happen. Maybe if they were good enough, maybe if they did this better or hadn’t done that; they would be loved, acknowledged, appreciated, and/or not punished as much or abused at all.

They mostly feel angry with themselves because they let themselves down (again). They feel even more hurt and angry with themselves if things were going really well for the first time in their relationship history; but then their insecurities, fear, and distrust came up and messed things. Most fearful avoidants regret pushing you away and regret losing you.

Do fearful avoidants come back if they regret the break-up?

If they initiated the break-up, they may be relieved that the relationship ended but hold resent and feel angry with their ex because their ex didn’t validate, acknowledge or appreciate the fact that they tried to be good enough.

Some fearful avoidants focus exclusively on what they or their ex could have done differently; so much that they become depressed and anxious even thinking about getting back together.

What if things are the same, what if I can’t be the boyfriend or girlfriend my ex wants; and what if we get back together and they break-up with me?

Sometimes they respond to all text messages and even initiate text messages; but still maintain distance until they’re confident that things between the two of you have changed enough for them to take the next step of seeing you in person. If you keep pushing to meet when they feel that things may not end very well; a fearful avoidant ex will say, yes, let’s meet but it never actually happens.

A fearful avoidant get triggered by even good memories

Fearful avoidants often keep playing the negative things that happened during the relationship over and over; and even months after the break-up. These negative memories often overshadow the good things that happened in the relationship. This is one reason I advice my clients trying to attract back a fearful avoidant not to use triggering memories as a central part of their strategy to attract back a fearful avoidant. You might think you are trying to trigger a good memory, but that memory also triggers guilt, regret and even anger.

It’s best to avoid memories in the initial stages until you have had better experiences to offset any guilt or regret a fearful avoidant may have.

How do you approach a fearful avoidant ex who may be regretting losing you, but feels that the break-up was necessary due to the things that happened in the relationship?

This is important because I don’t want you reading this and concluding your fearful avoidant ex feels guilty and regrets the break-up without any evidence of guilt or regret. This is not fair to you, to your ex and to your chances.

You can also watch my video on Strong Signs An Avoidant Regrets The Break-Up.

Once you’ve determined what your fearful avoidant’s regrets are:

If you sense that your fearful avoidant ex feels bad about somethings they said or did during the relationship, or even actually feels bad for breaking up with you, don’t try to push them to talk about it.

If it happens in the middle of a conversation, tell them you sense something is wrong, and if they want to talk about it, you’ll hear them out. But if they don’t want to talk about it, it’s best to end the conversation and you will reach out again later. Tell them you care about them, and their feelings are important to you and when they’re ready to talk, you will listen. You are not going anywhere.

They may pull back for a few days. The reassurance that when they lean back in, you will not reject them feels safe for a fearful avoidant; and they’ll likely reach out depending on how deeply the memory triggered them.

If they don’t reach out, check in with them in a few days or within a week.

Why Did My Fearful Avoidant Ex Block Me and Then Unblock Me?