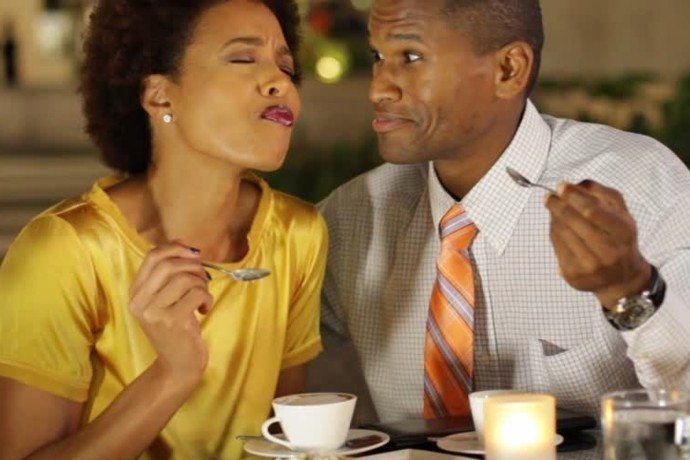 He appears out of nowhere and walks right into your life. The attraction is instant, chemistry strong, passion, plenty, sex…wow!

Almost immediately you start spending lots of time together, talking on phone for hours without realizing how much time has passed, and sending each other little messages throughout the day. You are in love and it feels amazing!

Then one day he just stops calling or writing. Your voicemails, emails and text messages never get returned. Just as he appeared as if from nowhere, he like just vanished off this planet.

You are devastated, frantic and crushed. But this is not the first time this has happened to you. Some relationships lasted a little longer than others, but they all ended with the men disappearing into thin air — even when you thought you were getting along. And most of the time you have no idea why they just vanished.

Bad luck. Naivety. Desperation (ticking clock). Too aggressive and coming on strong, may be.

Whatever it is, most women who attract men who disappear have a lot in common. Most of the “love” stuff and “the relationship” happens in their heads. Someone shows a little interest and off they go, planning the weekends, wedding, honeymoon, the kids and everything. But each new “love” relationship turns into nothing more than a fantasy.

Here is where it gets even crazier. When the man disappears, you don’t look inside yourself for the reason this is happening to you. You blame him for being a jerk and for not having the guts to tell you he was ending the relationship. The only self-reflection you do is conclude that you always attract men who are emotionally unavailable or afraid of commitment.

But if you are really, really honest with yourself. If you reflect back on the long conversations, pull up the texts and emails, and really think of the relationship as it really was and not how you’d have wanted it to be, you will see that a lot of the “love and loving” happened only in your head.

I’m not saying there are no jerks out there, I’m saying if your pattern is men walking out of your life as fast as they walked in, it’s not about the men. It’s about you.

But what about what you had, was it real?

Some of your actions — needing too much closeness too soon, laying the rules too early, trying to change him or run his life, giving too much to get a little, etc — may have caused him to run away. But most of the time, it’s not even anything you said or did, it’s your inability to sense where he is at and how he feels about you or the relationship. You are so caught up in your own head that when he disappears or ends it, you are taken by surprise.

“We were so good together and things were going on too well. He even said this and that just before he disappeared, and we even did this or did that… I just can’t understand, why”, you keep thinking over and over. “Why didn’t he just tell me? Why didn’t he… why… why….”

It’s simple, the “good together” and “things were going on too well” was mostly in your head.

Can you get him back?

It depends. If in the brief time you were together he felt that you had too much baggage or were just not “the one”, he’ll not want to come back.

If he walked away because you were asking for what he could not give you at the time (your were needy and clingy), but he still thinks you might be “the one”, he will give you another chance in form of continued contact to see if things can be different — and that’s good!

The problem for you is still “your head”. You start over-analyzing every word, every move, every silence, every everything. You read stuff into things that are not there and react based on your own thoughts and not reality. You get ahead of him –  pushing closeness too soon, laying the rules too early, wanting him to act or behave in a certain way, giving too much to get a little, etc. And before you know it, he’s gone again.

If he’s giving you another chance in form of continued contact, my advice is work on not over analyzing the present and worrying too much about the future. That way you are more in touch with reality, with where he is at and with how he feels about you.

If he does not respond or responds just to tell you that it is really over, this article might help when falling in love next time: How Quickly Do Men Fall In Love?