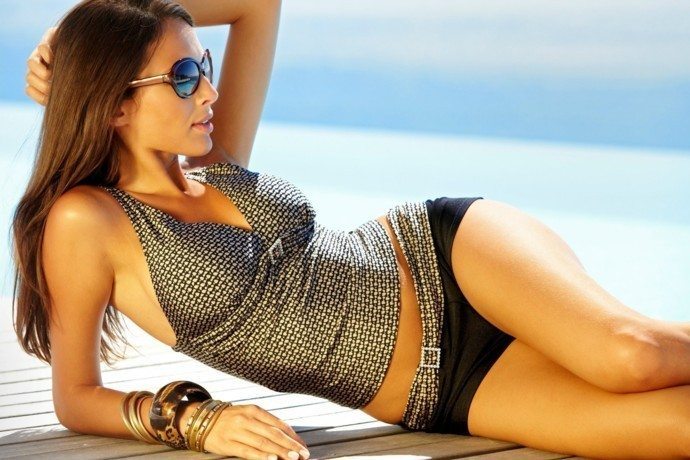 Wrong. Daily Mail reported a study that reveals that women with curvy hips and smaller waists are to men as beer is to an alcoholic.

Lead researcher Dr Steven Platek of Georgia Gwinnett College showed “before” and “after” pictures of nude women who had plastic surgery to get more shapely behinds to 14 men with the average age of 25. While the men in the study looked at the pictures of the women, their brain patterns were scanned. Seeing the post-operative photos of the women resulted in increased activity in the part of the brain associated with rewards, said Platek who will discuss his findings at a March 2010 conference in New York.

The team found that the volunteers’ brain’s ‘reward centres’ – regions more usually activated by drink and drugs – got excited after seeing the post-operative shots.

High waist to hip ratios – or hourglass figures – proved particularly stimulating. “This could be because wide hips have long been linked with good health and the ability to carry healthy babies,” Dr Platek said.

But you already knew that, didn’t you?

According to Platek, the women having surgery did not reduce their weight, but just had it redistributed (crazy stuff!).

So while size zero might be the in-thing for the fashion world, and those into that kind of thing, nature rules in the sexual attraction department.

“The caucasian, westernised female has somehow been duped into thinking men like very skinny, waify, Kate Moss-type girls. But curviness is the trump card. It’s worth it’s reproductive weight in gold,” Platek says.

Platek also said he knows the study won’t come as a shock to some people but it will be useful in further understanding disorders such as sexual addictions.

“This research really explains things like sexual harassment and whistling at the hot girl in the street,” he said.

Devendra Singh, a professor at the University of Texas at Austin, assisted with the research, Platek said. Singh has done previous research on the hip-to-waist ratio.

Platek says it wasn’t hard to find men to help with the study. Who thought?