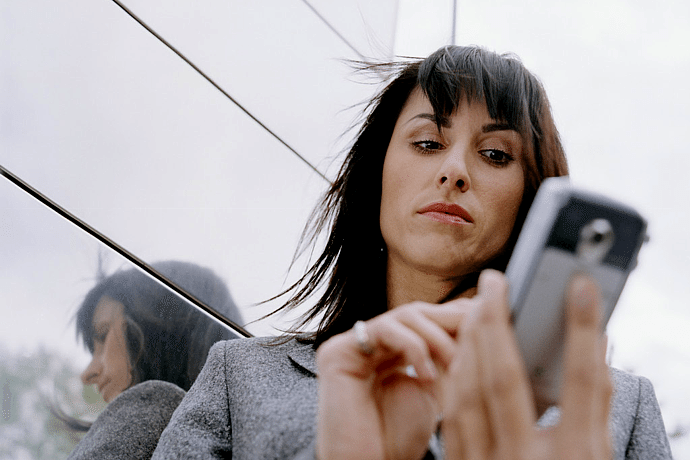 Question: Can I get back an ex who initiates contact then ignores my texts? We were together for 3 years on-and-off, mostly off. He was a kind and really great guy but also suffered from depression. Coincidentally all our breakups happened when he was depressed. It started with distancing, a break and eventually a breakup. This last time I initiated the breakup. After thinking about it, I wrote an apology letter a few days latter. Two days later he took me off Facebook. I let him be.

I tried to move on but missed him very much, I decided to reach out. He responded within 5 minutes. We chatted for a while, caught on each other. I was waiting to reach again after 2 weeks but he initiated contact. I mirrored his response time and waited 5 minutes before texting him back. He did not respond. I did not reach out. 3 weeks later he again initiated contact, but when I replied he ignored my texts. I love him and want him back but can I get him back?

Think of communication as an invisible rope connecting two people. Each one is holding one end of the rope. If one person keeps dropping their end of the rope, it’s not a lot of fun for the person holding up their end.

If someone has the habit of initiating contact then disappearing either they don’t think much of you and don’t care how their actions affect the relationship, or they are not serious about making the relationship work.

I keep saying, “you teach people how they treat you”. My personal opinion is that the first time they do it, give them a pass. Second time they do it, let them know how them disappearing without notice makes you feel.

Always give people a chance to change a behaviour. Some people don’t even realize that what they are doing is not good for the relationship. They are only thinking about “me” and not “us”. You are not being responsible if you do not speak up. That said, how you ‘speak up” makes all the difference. Some of us just don’t know how to “speak our peace”. Instead of peace, we invite unnecessary conflict and push the other person further away.

Next time he reaches out, respond with a simple text letting him know that you want to keep the lines of communication, but when he initiates contact and then ignores your texts, it confusing and disrespectful. If next time you don’t respond, it’s not because you are ignoring him, it’s because you see no point in continuing the pattern.

If after you have spoken your peace, and they still do it; that says they don’t care how their actions impact you. That’s not a good sign for any relationship.

Why Is My Fearful Avoidant Ex Acting Hot And Cold?

0 replies on “Can I Get Back An Ex Who Initiates Contact Then Ignores My Texts?”