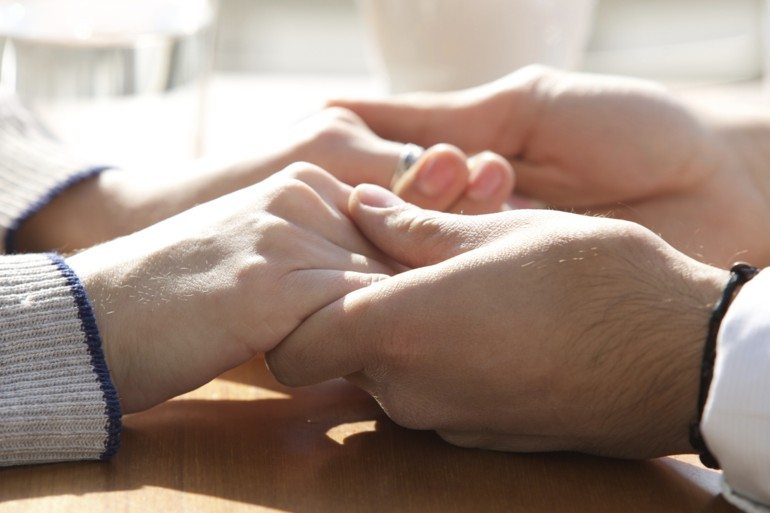 There is a real difference between “being supportive” and “emotionally connecting”. Now there is a study to prove it.

New research from Binghamton University, State University of New York studied had sixty-five married couples engage in two interactions in which each spouse selected a discussion topic about a stressor external to their marriage (e.g. poor physical fitness, the desire to get a new job). Before and after the interactions, spouses separately completed questions about their expectations and appraisals of their partner’s responsiveness during the discussion. The researchers took saliva samples from each spouse and measured for cortisol — a hormone that helps regulate stress in the body — at the beginning of the study and after each discussion.

The results were interesting.

The study suggests that skill in delivering and receiving social support (by using more “positive” support behaviours) is not consistently linked to actual reductions in stress, nor increases in perceived partner responsiveness. In fact, more positive behaviours may have unintended negative consequences, and classically defined negative behaviours can sometimes have positive effects.

“Say a husband is giving advice to his wife when she has a problem. Even though giving advice is a constructive thing to do, it may not be helpful to her at the moment; maybe she just wants someone to listen to her,” said Nicole Cameron, assistant professor of psychology at Binghamton University and co-researcher. “Or maybe there could be the opposite, where the husband is being more of a supportive listener but the wife really wants someone to give her some advice. All of those things are positive, but one is going to have a better effect than the other. What this tells me is that social support is more idiosyncratic and specific to the person and the problem.”

The researchers plan on looking further into the data and publishing more findings in the future.

“I think that there is a lot of research that still needs to be done, because not everybody gets out of counselling feeling better,” said Cameron. “So studying what makes people feel better or feel differently is important, and using hormones as a marker of the change is interesting because it goes further than words — you really can see how the body reacts to discussions. If we can figure out how to use these markers, we probably can really improve our knowledge about counselling and couple communication.”

If you are going for emotional connection, make sure you not only being  a supportive listener but that you know what the other person needs at any given moment, and respond to their emotional need. If the want you to just listen, then just listen. If they want you to give some advice, then give advice.