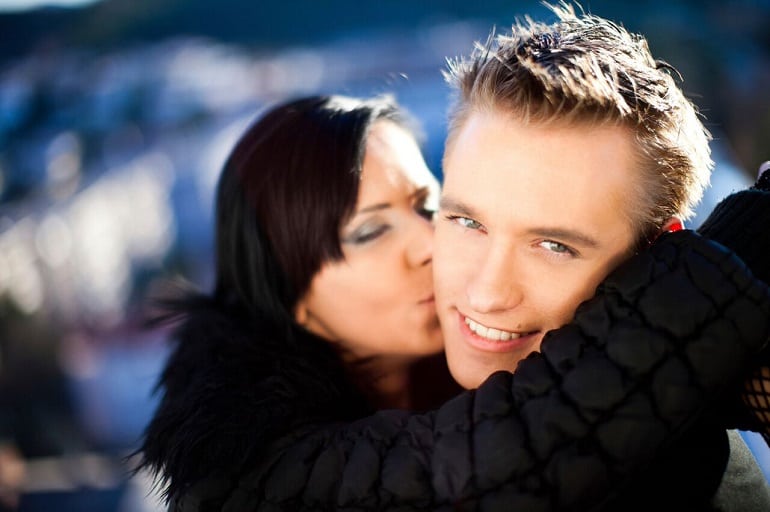 In my article Why Your Ex Is Being Too Nice All Of A Sudden, I talked about someone using toxic niceness to get what they think or know they wouldn’t get any other way.

If that was disturbing to read, how about this…. deceptive affection.

Someone did a study precisely to answer how and why deceptive affectionate behavior occurs. What the study found out is mind bungling.

“Couples use deceptive affection because they feel negatively about their partner and want to save face, avoid embarrassing their partner or sidestep a situation that may land them in hot water,” said relational communication expert Sean Horan, an assistant professor at DePaul University in the College of Communication.

Most of us can understand wanting to save face or sidestep a situation that may land us in hot water, but expressing affection one does not actually feel to avoid embarrassing our partner?

“Using affection to lie appears to be a regular activity in romantic relationships that most people don’t seem to mind,” he said. “In fact, deceptive affection might actually help maintain a relationship.”

Let me lay if down in simple talk. “Some one” is pretending to love and care about you and expressing affection instead of negative feelings because he/she doesn’t want to embarrass you and because he/she thinks that lying to you about their true feelings will help maintain the relationship?

Relax. Don’t get too paranoid. This is the extreme version. Some of the “pretending” to feel what one does not feel and expressing affection instead of negative feelings is actually justifiable.

One of the participants in the study “Understanding the Routine Expression of Deceptive Affection in Romantic Relationships,” published in the Communication Quarterly said she didn’t want to hug or cuddle her boyfriend because she was in a bad mood but did so anyway. Another told his girlfriend he loved her to get off the phone faster so he could watch a basketball game. And when one woman’s boyfriend asked if she liked his new haircut, she lied and said she did, in order to spare his feelings.

We all are guilty in some form or another of masking our true feelings to help maintain a relationship. I guess it depends on how and why.