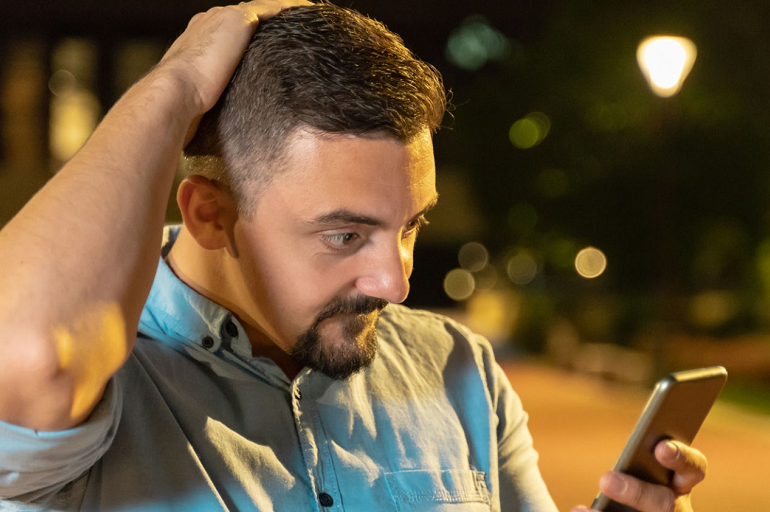 A fearful-avoidant also responds to what they perceive as complaining, criticism or an expression of dissatisfaction with pushing away behaviours including emotionally shutting down, but for different reasons.

Fearful-avoidants are so afraid of someone they love leaving or breaking up with them that they expect it. Even when things are progressing well with an ex, they always “have a feeling” that their ex will stop responding, or that no matter what they say or do, their ex will not want to come back – and it’s their fault.

1. It’s their fault because they are not good enough

Some fearful-avoidants even go as far as saying to their ex “I am not good enough for you. I think you will be better off with someone else”. They also tell their ex, “I can understand why you broke up with me/don’t want to be with me. You deserve the best because you are a wonderful person.”

When an anxious attacher says. “I think you will be better off with someone else” they are looking for reassurance. They want their partner or ex to say, “No. I love you and want to be with you”.

When a fearful-avoidant says it, they believe it. They believe that if they were better or the best, someone would not want to break-up with them. They struggle with questions like, “how can someone say they love you and not want to be with you?”, “how can she say I am the best thing that ever happened to her and break-up with me?”, “I don’t understand how can he says all his friends adore me but he doesn’t think we are right for each other?” etc.

They genuinely struggle with these questions because in their thinking: if I were x and y, I’d be loved but because I am not, I am not loved.

Through out the process of attracting back their ex, they doubt themselves and they doubt their ex’s intentions. They are always afraid that they are being played, led on or taken advantage of, or that they will be replaced by someone “better”.

Trying to attract back someone who is sure that you will leave again is challenging. But trying to attract back your ex when you think they are playing you, leading you on, taking advantage of you in some form is or is better of with someone else is like running after wind trying to catch it. You know you won’t catch it, but you try anyway.

2. It’s their fault because they let themselves get ‘too close”.

In avoidant thinking, if you don’t ‘get too close’ to someone they will not leave you, but as soon as you get “too close”, they will leave.

This doesn’t make sense if you are securely attached, and that’s because to securely attached people, “getting too close” is what relationships are about, the very definition of true intimacy. They are not afraid to get ‘too close’ to their partners, in fact they want to and seek to be emotionally, mentally, physically, sexually and spiritually very close to someone they love, and want and encourage their partners to get just as close to them.

Anxious attachers also want to be very close to their partners and are not afraid if someone wants to get too close to them. But an anxious attacher’s kind of “getting too close” is one of an insecure or “empty person” or life seeking to be filled by someone else’s love, affection and attention.

Fearful-avoidants as mentioned earlier also want to be very close with their partners but believe that people don’t like it when someone gets “too close”. It’s therefore no surprise that avoidants think the way to get someone back is to give them space, leave them alone or not contact them at all.

Their thinking is: Too close = they will leave. Don’t be close = they’ll be attracted/want to come back.

Fear that an ex does not want to get ‘too close” is one of the reasons for the fearful-avoidant’s limited contact strategy. It’s also the reason why any advice that encourages contact, communication, connection or closeness is met with “Will that not push my ex further away?” or “Ahh… I don’t think it’ll work”.

The painful irony is it usually never works. It never works not because there was no chance for it to work to begin with, but because you can’t be close to someone when you are doing things that push away the person you want to be close to.

I hear this all the time from fearful-avoidants, “I want to create momentum, but I don’t want to be the one to initiate contact” and I am thinking, “I understand what you don’t want but how are you going to get what you want?”

And there is this one: “I want my ex back but I don’t want him to think/know I want him back”. How does that even work?

The inconsistency between a fearful-avoidant’s actions, thoughts and emotions is on some part sub-conscious. Not even they understand what’s happening to them. Most of the time however, fearful-avoidants know exactly what they are doing. The know that they are limiting their contacts, giving an ex space or playing mind games because they are trying to avoid “getting too close” to someone who may stop responding or leave at anytime. They engage in these close-but-not-too-close behaviours to stay emotionally distant so that it doesn’t hurt as much when someone inevitably leaves.

A fearful-avoidant will also be anxious and go through the “what it all means” rollercoaster but when the response eventually comes, a fearful-avoidant doesn’t know what to do. Because of their deep held belief that people (in this case their ex) don’t like it when someone gets “too close” they fear that if they respond right away it will be interpreted as they are ‘too eager” (they want to be close) and if they don’t respond, it will be interpreted as they are ignoring their ex (they don’t want to be close at all), so they take the close-but-not-too-close approach.

They take longer to respond (low contact or limited contact) and/or don’t initiate contact (let their ex initiate all contact) because they think that controlling how close they get to their ex is what will make them attractive and make their ex want them back. But the an anxious-fearful interprets limited contact and/or not initiating contact as the avoidant pulling away and also starts to pull back. If neither person steps out of the comfort of their attachment style, contact drops down to once a day, once a week, once every 2 weeks, once a month and then nothing for months.

3 Months Trying to Get Back My Ex – Do I Have A Chance?

Do You Think My Ex Sees Me As “Just A Friend”?

10 WORST THINGS TO DO To Get Back Your Ex

What If My Ex Is Not Responding To Questions?