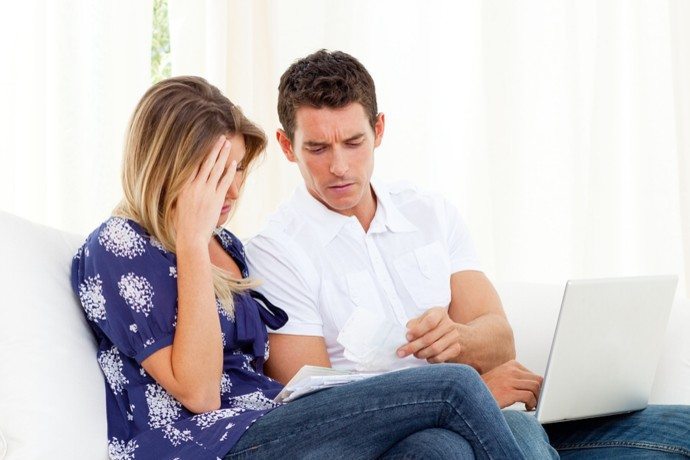 In a study of 85 couples who’d been married for an average of 12 years, a team of researchers led by Lisa Jaremka with Ohio State University College of Medicine examined the level of anxiety participants had about close relationships, as well as samples of their blood and saliva.

They found that the levels of cortisol — a hormone associated with stress — were on average 11 percent higher in people with higher levels of attachment anxiety than those who were less anxious. In addition, the more anxious people had between 11 percent and 20 percent fewer T-cells, which help the body to fight off disease.

Attachment styles are believed to be derived from the type of caregiving people experienced in childhood, but the effects extend to, and impact, relationships in adulthood.

Most people with higher levels of attachment anxiety are hypersensitive to signs that a person they’re close to will leave them on a regular basis. They’re also more likely to seek reassurance and interpret their partner’s behaviors in a negative way.

Because the team did not include study participants who fell on the very high end of the anxiously attached spectrum, it’s possible that the effects of relationship anxiety could be even greater than the study suggests. Incidentally, while more women in the study suffered from higher levels of attachment anxiety, the researchers saw the same elevated levels of cortisol and lower T-cells in the men who were anxious.

Previous research had already established that relationship anxiety can have negative effects on a person’s physical health. According to the Wall Street Journal, it’s believed that about 20 percent of the population falls on the anxious side of the anxiously attached spectrum. Another 25 percent fall into the avoidant category, which means those people may not get close to their partner out of fear that it could lead to a loss of autonomy.

Experts told the Journal that emotional opposites are often initially attracted to one another, but they may eventually face obstacles if they exacerbate one other’s attachment tendencies. For example, an anxious person might push for more affection and attention. This behavior might make an avoidant partner pull further away, in turn, making the anxious person even more insecure.

Despite the negative effects that attachment styles can have on a person’s relationships and physical health, Jaremka explained these traits are not inalterable.

“Anybody that is experiencing something that feels like high levels of attachment anxiety would think, ‘Oh great I’m doomed, but I think it’s important to acknowledge the fact that just because you are highly anxiously attached now doesn’t mean you have to be that way forever,” Jaremka told HuffPost. “We do know based on research that people can change and people can be very anxiously attached in one relationship and not at all in a different relationship.”

So what kind of relationship can serve as an antidote to pre-existing anxiety? One with a secure partner.

“If they are a very caring and loving and responsive partner, who attends to your needs when you need them, who is there for you when you’re stressed. Those relationships seem to be the types of relationships that people are able to feel secure in and are able to overcome anxieties in, if they have them,” Jaremka said.

RELATED: How to Be The Secure Base An Avoidant Needs To Feel Secure