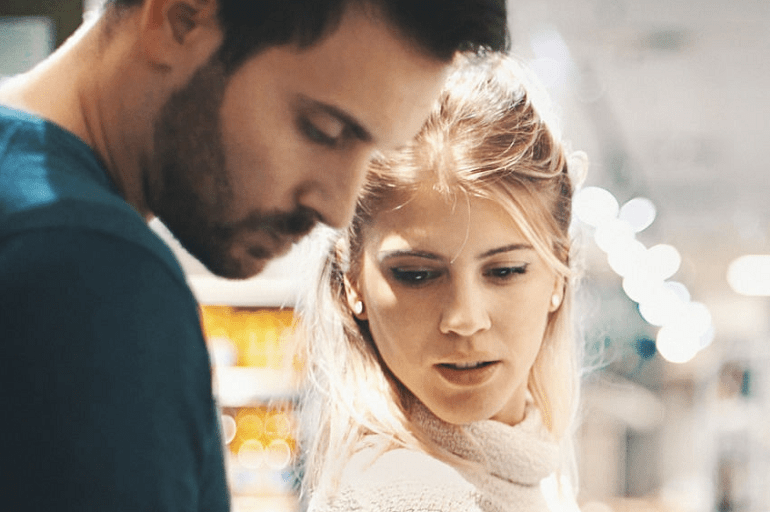 Are you and your ex too incompatible to make it work? The upside and downside of “opposites- attract” relationships

Jen is emotionally expressive, bubbly, sharp and witty. She’s a romantic who lives-in-the moment, and loves the social limelight. She is also idealistic and sensitive, and believes that differences are resolved by getting everything out in the open; talk about it and resolve it immediately.

Tom on the other hand is rather practical, a bit too laid back, highly structured, hates crowds; and happy to be alone most of the time. He is neither verbally or emotionally expressive. Is afraid of confrontation and would rather lie low; and avoid talking about anything with a potential for conflict.

These two work great as a team. Both value a traditional partnership in which there are strictly defined roles. Jen is perfectly happy being the submissive partner in the relationship; and cherishes the fact that Tom is a dominant type personality, and vice versa.

Each person inadvertently sought those characteristics that are lacking or somehow missing in themselves. The “opposite” qualities each brings into the other’s life is something the other finds especially appealing. In fact they need the other to feel “complete”.

The upside of “opposites- attract”

Dating someone who has the characteristics you wish you had can be very exciting because one person sort of “balances” the other. For example Tom who is less expressive and less excitable finds Jen’s taste for new ideas and new places to go a welcome sense of adventure that he lacks. Jen on the other hand appreciates Tom’s tendency to analyze a situation before letting himself feel the energy of the moment. It helps keep her impulsive and easily excitable nature in check.

Couples with this love match appear to be “joined-at-the-hip”; always together doing every day things couples do with each other and having meaningful conversations with each other even though what they would rather talk about/prefer to talk about may not be what the other person is interested in.

The downside side of “opposites-attract”

In the beginning either party can feel like a stranger in the other’s “world”. The relationship needs a lot of adjusting, sometimes more adjustments than either party might desire or be capable of.

Relationships in which “one needs the other” also have a tendency to become restrictive, controlling and possessive. One person feels the other has something they need to be happy and “whole”; and feels threatened if it looks like that something is going to be taken away.

The opposite qualities that attracted the other person become the main cause of many of the  arguments and disagreements which destroy the ability to share passion and intimacy with each other.

Can it work if you and your ex seem too incompatible?

Most couples opposite couples don’t last long as it becomes more and more obvious that their differences can’t be reconciled. But with love, understanding and commitment however, this partnership can work. It’s really about getting to a point where making the relationship work becomes more important than the opposite personalities, communication, relating and attachment styles.