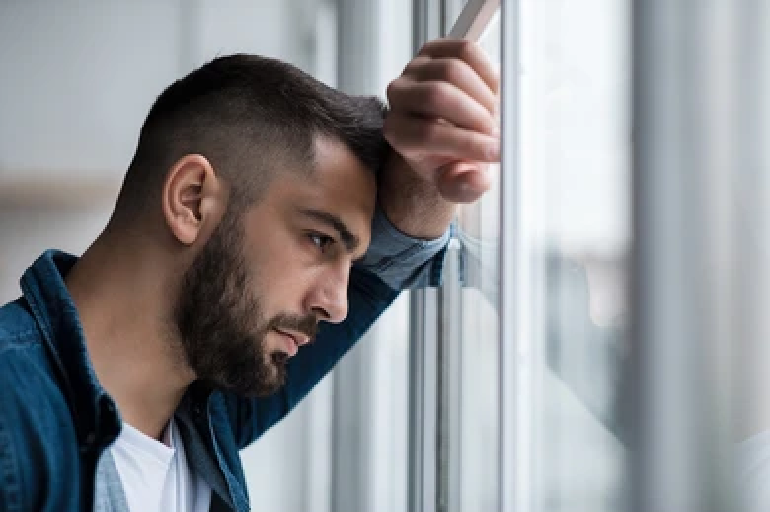 I am so glad this is finally being researched on. My experience working with men and women going through a break-up and trying to attract back their ex is that at the core, we are all human. We all hurt and feel emotional pain regardless of our gender, social status, education, age etc. We may express it in different ways, it doesn’t mean we hurt less or that we are less invested in relationships.

This follows another study by Wake Forest Professor of Sociology Robin Simon and Anne Barrett, associate professor of sociology at Florida State University that indicated that even though men sometimes try to present a tough face, unhappy romances take a greater emotional toll on men than women. They just express their distress differently from women.

1. Men are more reactive to the quality of ongoing relationships

“Our paper sheds light on the association between non-marital romantic relationships and emotional well-being among men and women on the threshold of adulthood,” Simon says. “Surprisingly, we found young men are more reactive to the quality of ongoing relationships.”

Simon suggests a possible explanation for the findings: For young men, their romantic partners are often their primary source of intimacy — in contrast to young women who are more likely to have close relationships with family and friends. Strain in a current romantic relationship may also be associated with poor emotional well-being because it threatens young men’s identity and feelings of self-worth, she says.

That means the harmful stress of a rocky relationship is more closely associated with men’s than women’s mental health. The researchers also found that men get greater emotional benefits from the positive aspects of an ongoing romantic relationship. This contradicts the stereotypic image of stoic men who are unaffected by what happens in their romantic relationships.

Simon says there is much still to learn about these relationships between men and women in early adulthood, so she advocates for more research on this prolonged and varied period in the life course that is characterized by identity exploration, a focus on the self, and forging new relationships.

The new study of online relationships by international team of psychologists led by researchers at Lancaster University goes further.

Using natural language processing methods, the team analyzed the demographic and psychological characteristics of over 184,000 people who posted their relationship problems to an anonymous online forum. The researchers were then able to statistically determine the most common themes that came up across each post, creating a “map” of the most common relationship problems.

3. Communication problems were the #1 most frequent problem

Results showed that communication problems were the #1 most frequent problem mentioned, with nearly 1 in 5 people noting difficulty discussing problems, and 1 in 8 mentioning trust issues in their relationships.
Previously unexpected patterns emerged from the data as well, including key gender differences in which themes were used the most.

“As we were conducting the study, we realized that this was an important opportunity to put a lot of common ideas about gender differences in relationships to the test” said Dr Ryan Boyd, the lead researcher of the project. “For example, are men truly less emotionally invested in relationships than women, or is it the case that men are simply stigmatized out of sharing their feelings?”

Contrary to their expectations, the team’s findings showed that men discuss heartbreak significantly more than did women. These findings suggest that the stereotype of men being less emotionally invested in relationships than women may not be accurate.

Charlottle Entwistle said: “Notably, the fact that the heartache theme was more commonly discussed by men emphasizes how men are at least as emotionally affected by relationship problems as women.”

6. Men were more likely to seek relationship help than women in online settings

Additionally, the researchers found that men were more likely to seek relationship help than women in online settings.

Dr Ryan Boyd noted that “Traditionally, women are more likely to identify relationship problems, consider therapy, and seek therapy than are men. When you remove the traditional social stigmas against men for seeking help and sharing their emotions, however, they seem just as invested in working through rough patches in their relationships as women.”

The team’s findings have implications for the general public, as well as clinical settings. The researchers noted that developing a more accurate picture of relationship problems helps us to better understand when and why things go wrong in our relationships, potentially helping couples avoid the most common setbacks to romantic success. The study’s authors also suggest the findings may also help to destigmatize help-seeking by showing how common many relationship problems are, and by showing that men are just as likely as women to seek help in the first place.

The researchers say that this work also points to important future directions for additional research. “One of the most important things that we’re seeing here is that we’re able to create an incredibly accurate picture of relationship problems that everyday people face based purely on what people say online” said Dr Boyd. “This gives us serious hope that we can use help-seeking behavior to better understand all types of social and psychological issues, and in a way that we simply cannot do using traditional research methods.”