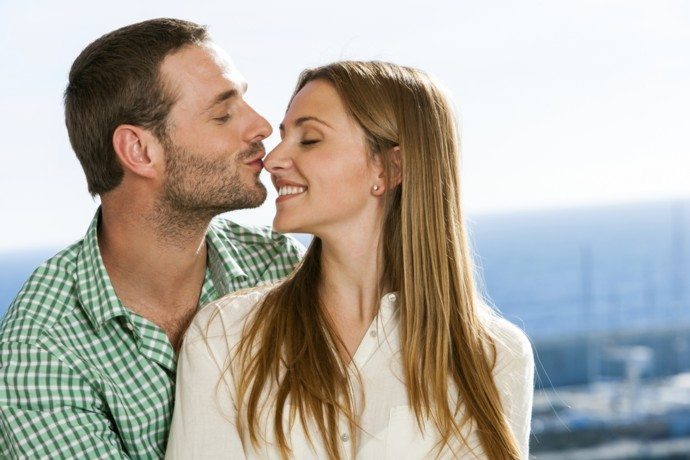 It’s a well known fact that if things are  moving along nicely and you are comfortable with each other, you both should know if you want to be exclusive without having to say it. But what if you are ready to move into exclusivity and he doesn’t make a move or she doesn’t seem to be thinking about it even after you’ve dated for at least a year, how do you find out if he/she is willing to give up all others and date you exclusively.

Going about it the wrong way, like nagging, begging, playing “detective” and snooping around will likely make him/her run for the door. So what is the right way to approach the situation?

1. Take note of how much “quality” time the two of you spend together.

If your dates consist primarily of dinner and a movie, watching late-night TV, cuddling and then having sex, but after the night of so-called passion, he/she disappears and forgets to call you for several days, that’s not dating, that’s a booty call.

Let’s face it – it’s obvious he/she just wants sex, nothing more. Why buy the cow (and pay for all the maintenance costs) if you can get the milk for free.

2. If you met him/her on a dating site/service ask him/her if he/she still uses it.

Keeping a profile on a dating service when he/she is dating you is not any different from hanging around single bars. If you are okay with him/her hanging around single bars – alone – then keeping a profile and logging onto their account daily when he/she is dating you should be no problem. Just keep in mind that how a man/woman you’re dating handles “disconnecting from all others” tells you a lot about how they will handle commitment once you decide to be exclusive.

That said there are some dating websites that make it difficult for members to go offline. But if you managed to go offline, he/she should be able to do so as well.

3. Ask him/her how long, in the past, he/she dated with an ex’s before he/she became aware he/she was the right/wrong person.

The best way to convey that you’d rather he/she dates only you is to get him/her to say so. One subtle way (there are others) of asking him/her if he/she is seeing others besides you is to say something along the lines “you are a great a catch, there must be so many other men/women who want to date you.” If he/she proudly and excitedly tells you there are many others and even begins telling you stories and names, you know he/she is not ready to be exclusive. His/her self-worth is still tied to how many others find him/her desirable.

If he/she keeps quiet, acts confused, changes the subject, or says something vague about wanting to get exclusive “some day,” then may be he/she thinks it’s too early or just not yet sure if you are the one.

If the answer is yes there are many but I am not interested, ask him/her “why not?” If he/she says “because I have you”, “I’m happy with things the way they are between us”, etc, you’ve got your answer.

Never, ever, assume you’re exclusive and don’t depend on your own psychoanalyzing his/her behaviour (you know what I’m talking about… maybe s/he’s terrified of commitment…maybe /she needs some time… may be s/he needs…etc) to figure out why he/she can’t commit. Make the effort to find out — and be sure.