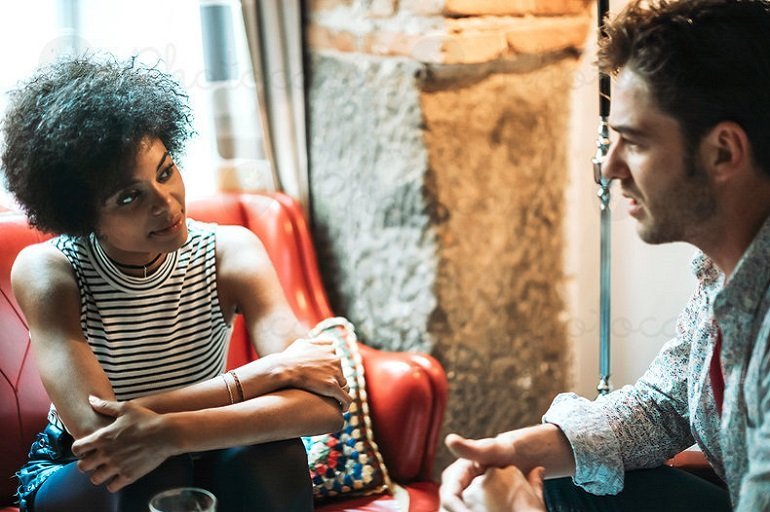 What’s the number one reason many women break up with a guy they think is really wonderful, they get along with really well, and even love? He won’t commit.

But what exactly do people mean when they say someone is boring?

It takes time for most us to decide that someone is boring person, but some people give off hints of being a boring person right from the first time you meet them.

1. The loud type – talk nonstop, don’t know how to listen, talk over other people, think they know everything about everything, often come across as domineering (not in a good way), have shallow emotional expression and come across as superficial, tell inappropriate jokes etc.

2. The quiet type – barely talk (you have to work really hard to get two sentences out of them), don’t seem to know a lot about anything/in depth or have an opinion of their own, don’t express any kind of emotion, take themselves too seriously all the time, don’t get most jokes/no sense of humour etc.

Both of these types of people are socially inept but in different ways. One has zero self-awareness and the other is overly self-conscious. Both of them are mentally and emotionally boring not just to women but to most people.

Surprisingly, many guys either don’t know they are boring or don’t believe in their ability to bore a woman out of a relationship. I’ve heard many say to me, “she says I’m a great guy” or “she says it’s the best relationship she’s ever heard.”

May be she doesn’t know what she wants or may be she’s afraid of commitment, but maybe she is just being polite and does not want to hurt your feelings.

Some women will tell you to your face that “you’re boring” but most will politely break up with you. They may tell you: “We have different communication styles”, “I need someone who mentally challenges me”, “You are not comfortable around my friends” or something that suggests that there is something about you they do not like but will not directly tell you.

What they really mean is that they find you boring. Some will break up with you again and again mostly because they know you’re a great guy but feel you’re not much fun to be around. And because she cares about you, may be even loves you, she’ll try not to further damage your self-esteem by using the following:

Okay, those are common break-up words almost everyone uses. It doesn’t mean anything. You may be right, but if you have any doubts about your ability to be so boring, test yourself against these 15 Reasons Why She Thinks You’re Boring.