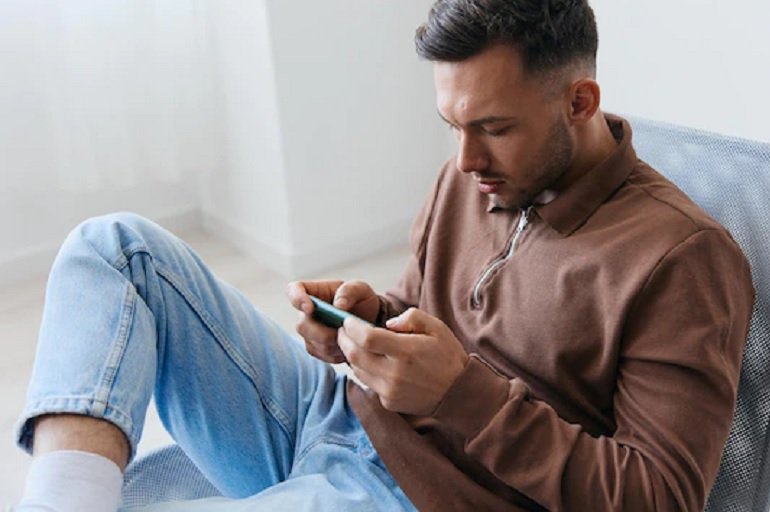 Is my ex replying just to be polite but has no intentions of getting back together is a question almost everyone trying to attract back their ex asks at some point or another. The most difficult to read are exes who are:

And if your ex is an avoidant it can be even more confusing because some avoidant behaviours can seem like an ex is responding just to be nice and polite. And to make matters worse, many fearful avoidants respond just enough to keep you reaching out. They want to make it seem like you’re more into them than they are into you.

This is why I’ve compiled these 12 signs that will hep you tell if an ex is taking things slow, is an avoidant or if an ex is replying just to be polite. Keep in mind that some of these signs overlap with the normal (and expected) signs of an ex being guarded and/or wanting to take things slow.

1. They don’t respond most of the time.

Some exes delay responding if they are taking things slow, or doing what avoidants do, but if contacts are weeks or months apart, it is likely that an ex is replying just be polite and contact at this point is just friendly. Things may and can change with time, but if this goes on for months, it’s unlikely that an ex has intentions of getting back together.

If in addition to initiating most of the contact you are also doing more to keep a conversation going, there is a chance that your ex is doing what most exes do, and that is, being guarded ad take things slow. But if your ex is responding, is nice and friendly but there’s no give and take in the conversations or engagement, it’s a sign that an ex is just replying to be polite. Even exes who are taking things slow or are avoidant once in a while engage in conversation.

Keeping things superficial in the initial stages is one way exes show they’re guarded and taking it slow, but it’s also something exes who are responding just to be nice do. They know you still have feelings for them and don’t want to hurt your feelings by telling you they’ve no feelings for you or intentions of getting back together. Keeping things superficial makes sure that they remain at friendly and polite.

An ex who is answering text messages only to be polite and not hurt your feelings will often avoidant running into you. For example, they’ll find another gym or hangout if they think they’ll run into you. And if you ask them if they are going to be at a party or event you’re are going to, they’ll be vague and say they are not sure, haven’t decided yet etc.

An ex who is taking things slow will make eye contact when they run into you. An ex who has been responding just to be nice and polite will talk to you once you approach them and may even approach you to avoid any awkwardness, but barely make direct eye contact.

7. They’re always in a hurry to get away.

An avoidant ex or an e who is taking things slow will from time to time “linger’ in conversation or when you see them in person. Exes who are just being polite intentionally limit how much time they give you. For instance, they’re always in a hurry to go somewhere or do something else.

8. They avoid talking about the relationship.

Most exes don’t want to talk about the relationship soon after a break-up and most avoidants avoid talking about the break-up and the emotions and feelings related to it. Many exes who reply just be polite and friendly are often open to talking about “almost anything” including their dating life. They hope that by talking about things openly you’ll figure out on your own that they have no intentions of getting back together.

9. They don’t respond to flirting.

An ex who is replying just to be polite is often uncomfortable with anything that comes across as flirting, romantic or sexual in nature. They often immediately end the conversation. This is because friends don’t flirt with each other and they don’t want to cross that line.

Your ex says if you want to stop talking to them, they will understand. They know it must be hard for you but they also don’t want to send the wrong message or lead you on. What they are saying is that they don’t want you to  forget it’s over, and they’re not coming back.

Your ex says they don’t mind you contacting them as long as you understand that they are in a new relationship. That said, your ex actively dating again is not not always a sign that your ex has moved on and keeping in touch out of politeness. Your ex may be dating and not seriously looking to get into a relationship, or just because they are single. It all depends on the other signs that they are interested in you again.

12. They are being over-polite an nice to you.

If you’re ex is just too polite that it feels uncomfortable, they’re likely just being nice. They may be feeling some guilt, feeling pity for you especially if you’re struggling with the break-up or really trying very hard to be just friends.

Please note that a few of these signs means that your ex is guarded, taking things slow or n avoidant, and them being nice and replying politely is normal in the initial stages of trying to attract them back. If you can get your ex to lower their guard down, trust you again, emotionally open up and become emotionally invested , you have a really good chance of attracting them back.

How I Handled Break-Ups As A Dismissive Avoidant Ex

Friendzoned By An Avoidant Ex Or Starting As Friends?

Do Dismissive Avoidants Quickly Move On After A Break-Up?