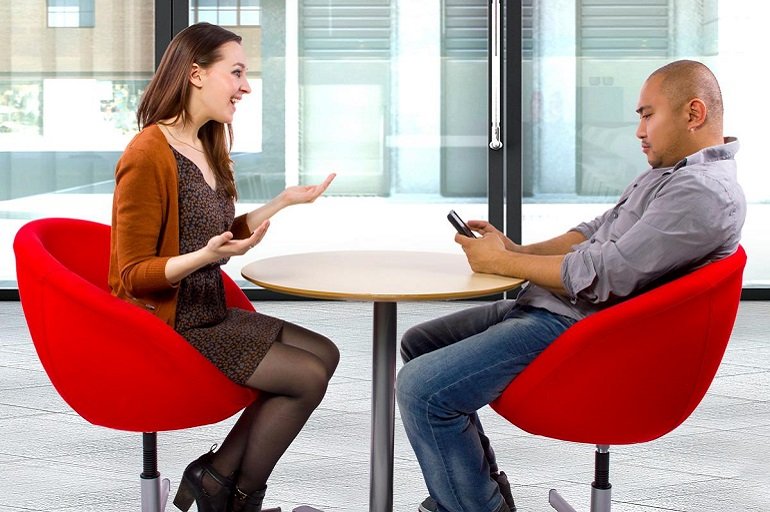 Are you forcing a relationship that just isn’t right or ever going to happen? Do you sometimes wonder if maybe you are trying too hard to make the relationship happen or work?

We all know that you can’t force someone to love you, but that hasn’t stopped some of us from trying. Even the language we commonly use (including us dating and relationship experts) is that of trying to make someone love us by will power, manipulation or simply force. Words like:

As a coach who advocates things happening naturally and organically, I struggle with using the word “make” your ex do this or that. But the search engines love it. So I comply, submit and cave in to Google.

But it is not that we just talk about dating and relationships in these terms; this is what many of us do. We force our way into someone’s heart and/or life, and force a relationship that’s sometimes going nowhere. We think we’re just “determined” but end up pushing the other person away. Sometimes we end up with someone who is in a relationship they don’t want to be in. The only thing keeping them in the relationship is you trying too hard to keep them in it; or doing things to manipulate them into staying with you.

When you’re forcing a relationship to happen, you’re not being you’re authentic self

We lie to ourselves into believing that someone doesn’t know what they want. If they did, they would realize that it is us they want. We keep telling ourselves this until we actually start believing it. But just because you believe something doesn’t always make it is true.

Here are 10 signs that you’re forcing a relationship to be what it is not:

1. You spend more time fighting resistance than working as a team.

You feel that you always have to beg, impress, persuade, convince, manipulate, or work a trick or technique to get the other person to pay you attention, show they care about you, or agree to a request, even one that’s reasonable.

2. The responsibility for sustaining the relationship rests solely on you.

4. You are ‘buying’ the other person to be in a relationship.

5. You don’t feel comfortable showing up in your own relationship.

Showing up in a relationship means allowing yourself to be seen just the way you are, and just who you are. That’s scary… what if they don’t like what they see or who you are. But that’s the whole point of, to give them that option to chose you or to say , or not choose you.

If you have to withhold important facts, stretch the truth a little bit, say only the “right” things etc. to keep someone in a relationship, it’s because you know that they probably wouldn’t want to be with the ‘real you”. The person they are in love with is not you, but the idea of you, and whatever you are in is what? A relationship?

6. The only way you can keep them in the relationship is to manipulate them.

Nothing more says “forcing someone to be with you” than using the other persons fears, anxiety and insecurities, or threatening them with regrettable consequences if they don’t choose you, if they leave you or don’t want you back. Scared people don’t make good decisions, and someone with ‘messed up’ feelings isn’t really there. They know they should be feeling one way but because you manipulated and tricked them, they feel another way.

7. They are constantly taking breaks from the relationship.

A break or even a break-up once or twice during the course of a relationship is normal. You take a break and you try things again, or break-up and get back together, that’s life. But if you spend more time on a break or broken up than you spend being in a relationship, you are trying to hold on to someone who wants to be let go.

It’s like trying to keep your neighbour’s cat as yours. However hard you try and however good you take care of it, the cat will keep running back to it’s owner.

9. You argue and fight too much (and over little things and/or unimportant issues).

All couples argue, you are not always going to agree on everything. How you argue and what you argue about is what separates people who argue or disagree as part of the bonding experience and those who just argue (all the time). If you spend more time arguing and disagreeing than you do bonding, you probably shouldn’t be together.

On the other hand, if the only reason the relationship is holding up is because you are trying so hard to avoid arguing/fights or you don’t speak up on things that are important to you for fear of ‘driving’ the other person away, you are in a one-person relationship – and you are not part of it.

10. You feel ignored and unwanted most of the time.

You don’t feel loved, cared for and wanted but instead feel ignored, taken for granted and even emotionally abused. It’s almost like you have to remind them you are in in a relationship, and when you do, they dismiss your feeling and needs as overexaggerated and/or you being needy.

RELATED: One-Sided Relationship – How to Stop Giving Too Much For So Little