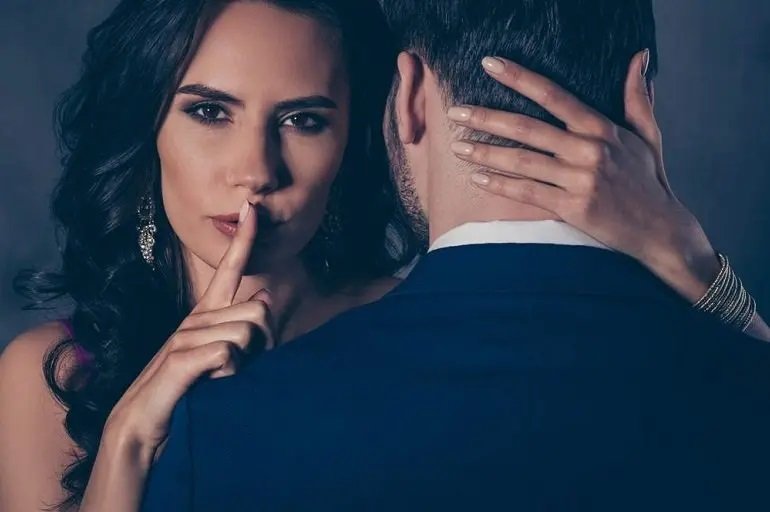 Most exes are good people. Sometimes they eh… you know, try to manipulate you into getting back together. But that mostly out of desperation. But there are some really sneaky manipulative exes who can mess up with your emotions so bad hat you don’t know which side is up or down.

I have written so much about how “no contact” as a strategy to get an ex back is often a desperate and sneaky attempt to play on someone’s fear of rejection and/or abandonment and get them back into a relationship that they walked away from, and often for a good reason (reasons).

But this is not the only way a manipulative ex ex can try to manipulate or control you. Here are a few more signs your ex is desperate and trying to manipulate you by playing on your emotions.

Despite you telling your ex that you’re no longer together, they act like the relationship never ended or as if nothing has changed. Your ex is not only in denial, this is your ex manipulating you into voiding the break-up. They think you made a mistake ending the relationship, and want you also to think you made a mistake. It is the “if you don’t see it, it doesn’t exist” or “If you don’t acknowledge it, it never happened” mind-bending technique.

Your ex is telling you things that make you question yourself and your reality. For example, they tell you a different version of the break-up that paints them in a better light than you remember and insist that if they said or did anything to hurt you, it was because you did or said something that made them hurt you. Every time you talk to them, you feel like you must be imagining things because your reality is not reality.

Your ex apologizes a little too much, and when they don’t not get the response they hoped for, they stop contacting you, act out angrily or tell you to get over it already. The ‘apologies’ are not really an apology. Your ex is manipulating you. They are convinced that an apology will get you back, and keep adding things they apologize for because the last apology didn’t work, so they come up with what they think will do the trick this time around.

Your ex acts like they had an epiphany and overnight woke up a whole new (changed) man or woman. The new quick fix is “I read about about attachment styles, now we can get back together”. Don’t fall it.

Change takes months and even years, and some people never change at all. Any big-bang theory style changes are just that – a snake oil salesman’s miracle cure.

The conditions sound bad all on their own. But what your ex is really wants you to know is that they’re “sacrificing” to make those changes for you. Guilt is a very powerful emotion and manipulators know that, and use it with no mercy.

See this for what it is, your ex trying to manipulate you into contacting them. Most people if they have something important to tell you just come out right and tell you what it is. If they are making you work to hear what they have to say, it is not important.

Your ex reaching out and disappearing when you respond, and then reaching out again is all about power-pay. For example, they say they want to return your stuff. Then when you say, “Okay, let’s do it”, they don’t respond back. Weeks later, they reach out again asking to come pick up their stuff and drop off yours. You respond to say that’s fine by you, when would they like to come over? No response. Sometimes it is I want “my stuff” back, you keep it, and then back to them wanting it back.

Remember, the one who has the power calls the shots. Don’t let your ex manipulate you. if you have their stuff, drop it off . If they want to drop off yours, that up to them. No games.

If your ex sounds more like a therapist than an ex trying to make a relationship work, it is because they have figured out that “getting into your head” is the only way they can make you take them back. For example, they talk about your depression, anxiety, attachment avoidance, fear of rejection/abandonment etc., like they they know you better than you know yourself, and pretend to be your “emotional support” all the while pursuing their own selfish agenda.

This is one of the sneakiest and most manipulative tactic because it works. Once they get you into thinking you are “damaged goods” no one else can appreciate, wants or can deal with, they have you (against your will).

Your ex is threatening to “move on” if you do not make up your mind and take them back. They even tell you no one will love you more than they love you, predict all kinds of doom for you without them in your life and make it look like your happiness depends on them. Take it as a threat, “I’ll make your life miserable” if you don’t take me back, and they will.

Manipulators have an agenda when they deal with others, and take advantage of those who are inexperienced to see through their games.

You have the upper hand here– and the opportunity to take the relationship the direction you want it to. Don’t fall for the manipulation. Falling for your ex’s manipulation only gives your ex a heightened sense of superiority and a license to do it again, and again.

If your ex’s attempts at manipulation is something out of character, that is, they were never manipulative or controlling in the relationship, or generally not a drama queen or someone who is addicted to emotional stress, then they’re just acting that way out of hurt or desperation. If you still care about them and believe that there could be a future for the two of you, then make them work to prove themselves over a period of time that they are worth giving another chance. If they act consistent in ways that show you they truly have changed, and that the change is permanent, then give them a chance.

But if your ex’s attitude, words, actions and behaviour are just a continuation of their manipulative and controlling nature, it’s  best to walk away now than later. You only have yourself to blame if you go back to the same exact relationship that you walked away from, or should have walked away from a long time ago.